Pollen Ndlanya to locked-down footballers: If you drink beer‚ sweat it out 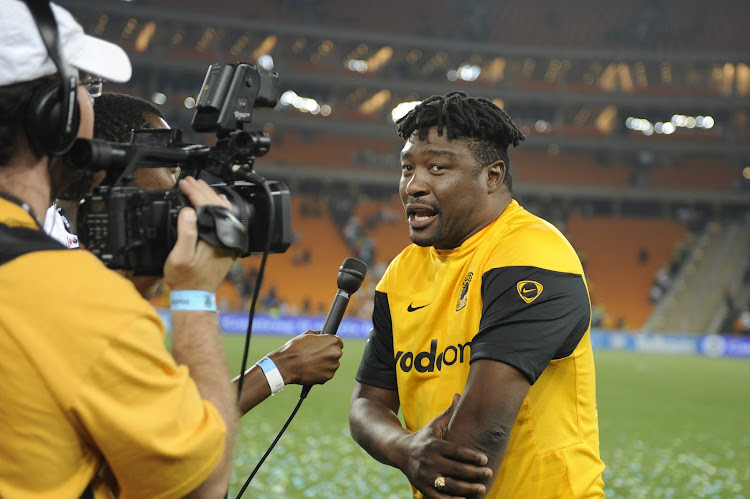 Former Kaizer Chiefs and Orlando Pirates star Pollen Ndlanya has said Premier Soccer League (PSL) players need to be responsible in what they eat and do what training they can during a 21-day national lockdown in response to the coronavirus pandemic.

Ex-Bafana Bafana striker Ndlanya said the 21-day lockdown is similar in time-span to a league off-season.

He admitted temptation for professional footballers is strong to eat and drink in a manner they cannot during a season once there is a wind-down.

But Ndlanya said given the league might resume at any time‚ with nothing resembling a pre-season for players to rediscover fitness‚ he recommended South Africa’s professional footballers do what they can to keep as fit as possible while they have been sent home and training shut down.

“It will affect players one way or the other. But‚ you know‚ players need to be professional. They need to look after themselves in terms of how they eat‚” Ndlanya said.

“And as much as they eat‚ remember‚ they need to do something at home just to keep them fit‚ to give them that momentum.

“Probably if they can sneak and squeeze some road running in‚ once a day for maybe 30 minutes‚ and come back home and relax‚ at least it will keep them in shape.”

Ndlanya said players do have a tendency‚ given off-time‚ to do things they cannot when they are training and playing.

“When we were playing we made sure that when you got that off-time you made sure you closed off the gap [from football] by entertaining. But then you can forget to train.

“[During a season] you miss chilling with your friends‚ chesa nyama braais and those things.

“Playing you don’t have that time where you sit with your friends and chill – drinks‚ alcohol‚ and at the same time you mingle.

“In camp they choose your foods – salads and specific things. On a break you’ve got that chance. You miss meat‚ you miss drinking liquor. But at the same time you need to train.

“When I was playing and I went with my family to Durban [in the off-season]‚ I would drink‚ but I used to jog on the beach. In the morning I would take my son and jog with him in the sand there‚ just to sweat that beer out.”

Ndlanya said the uncertainty of when the 2019-20 league season might resume makes it necessary for current players to maintain their readiness.

“You can’t rely on training sessions [when you get back]. The league is under pressure [to get going]‚” he said.

Ndlanya said‚ given the lockdown‚ it would be irresponsible of any players to hold or partake in social gatherings.

SA's national lockdown begins at midnight on Thursday. The PSL has been suspended since Monday‚ March 16.