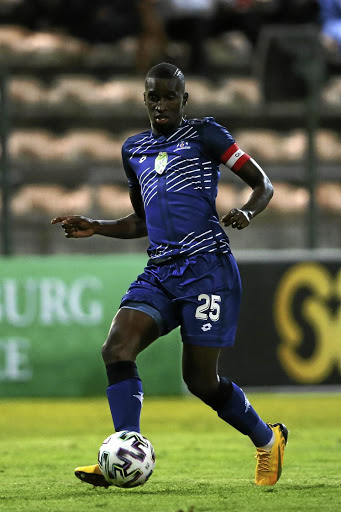 Indications are that Maritzburg United are not desperate to keep Siyanda Xulu, who's said to be one their top earners, when his contract expires in June.

Orlando Pirates are believed to be among the admirers of the former Kaizer Chiefs and Mamelodi Sundowns centre-back, hoping to snatch him as a free agent at the end of June.

Owing to niggling injuries, the 28-year-old Xulu battled this season, Pogiso Sanoka and Rushine de Reuck formed a formidable partnership at the heart of defence in his absence.

Perhaps a sign that Xulu is no longer top in the pecking order, coach Eric Tinkler deployed him in the middle of the park when he was fit, opting to continue with the Sanoka-De Reuck combination that has proven rock-solid.

Interestingly, Xulu has made it clear he wants to stay put. However, the seasoned defender hinted if he were to renew his deal the club's chairman Farook Kadodia must "restructure" certain things in his current deal.

"I have always said that I wanted to stay. But obviously it's something that we have to restructure... I and the chairman. I'll give my all for the club. I will focus on renewing my contract," said Xulu, who's started 11 of Maritzburg's 24 league games.

Kadodia gave an impression that the ball was in Xulu's court whether he stays or leaves, stressing he wished to keep everyone that's part of this season's team.

"I am keen on keeping each and every player in the current team, not just Xulu alone. Xulu will be part of Maritzburg as much as he wants to, unless he has other aspirations elsewhere," said Kadodia.

"We can't do anything right now, we've stopped everything... our focus is to fight coronavirus."

Maritzburg United coach Eric Tinkler came to Johannesburg on a quest to earn a minimum of two points but was not surprised when his charges exceeded ...
Sport
1 year ago
Next Article