Ajax Cape Town admit they are 'in a very difficult spot' 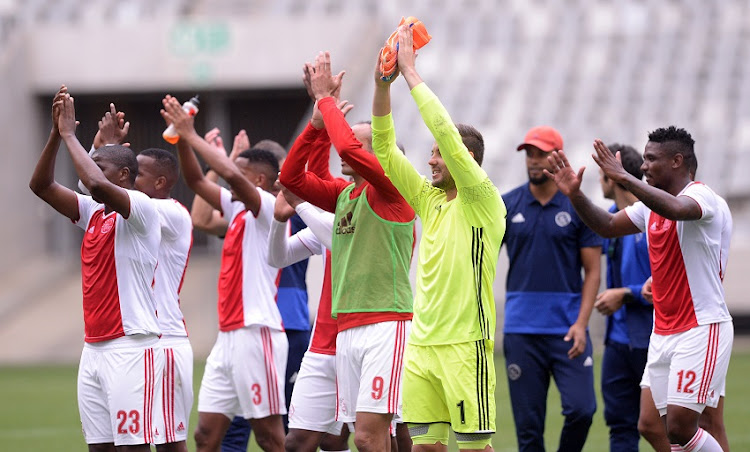 The suspension of the season leaves all clubs in limbo but for national first division leaders Ajax Cape Town it is an even tougher predicament.

The club is within touching distance of promotion back to the top-flight as they enjoy a seven point lead in the GladAfrica Championship with six games to go but‚ with the country about to go into a three-week lockdown and the resumption of the sport looking some way in the distant future‚ Ajax are unsure of whether they will indeed win promotion.

Club chairman Ari Efstathiou says it means the planning they hoped to have already begun this week‚ with their promotion closed to being verified‚ now has to be put on the back burner.

“We are in a very difficult spot‚” he told SowetanLIVE on Tuesday.

Ajax accept that they need to significantly strengthen their squad if they are to play in the Absa Premiership next season but cannot start negotiating with players because they are not yet sure of where they will be playing in the next campaign.

“Now is when we are supposed to be recruiting and the players we would like to sign are the ones who want to be playing in the top-flight.

“But I cannot sign them now because nothing is sure‚ and I cannot give them any guarantees about where we will be next season‚” he said on Tuesday.

The best case scenario for Ajax is that the season is eventually completed and they finish first‚ thereby ensuring automatic promotion.

If it is not possible to finish the season‚ then they would have to hope that the league agrees to expanding the top-flight next season to 18 clubs‚ taking the top two Championship sides up without relegating any of the current Premiership teams.

The worst case scenario would be a decision to declare the season null and void – leaving Ajax having to try and battle their way up again next season.

The club also face a potential split with Ajax Amsterdam after a 21-year partnership but Efstathiou said he had no comment on reports from the Netherlands of the Dutch selling their shares.