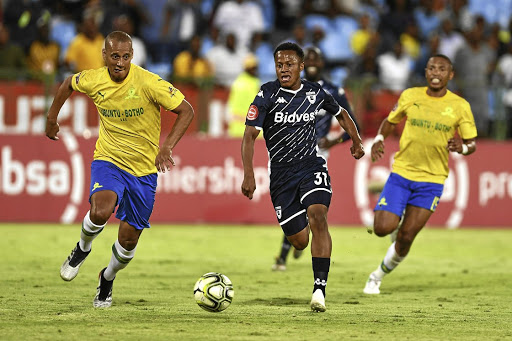 Having joined Sundowns from Santos in July 2012, Arendse has won an impressive nine trophies at the Tshwane giants. The experienced defender's medal cabinet has in it four league titles and the CAF Champions League, among many accolades.

Despite his glittering career, the lad from the Mother City has no immediate plans to retire, saying he can play until he's 40 years old. Arendse is inspired by AC Milan superstar Zlatan Ibrahimovic, who's still going strong at 38.

"I still feel I can go more than four seasons, I am still strong. You can't really put an exact time frame on how long you want to play, but perhaps I can call it a day when I am 40 or so," Arendse told Sowetan.

"Look at Zlatan... He's proving that if you have a good mindset and dedication you can keep on going. He's scoring goals in Italy after people had written him off."

Before the coronavirus pandemic suspended almost all football fixtures across the globe, second-placed Sundowns were targeting the league title and the Nedbank Cup, where they were meant to host Bidvest Wits in the semifinals next month.

With a game in hand in the title run-in, the Brazilians are on 44 points, four behind leaders Kaizer Chiefs. Arendse is optimistic they have what it takes to topple Amakhosi.

"We have a balanced squad, that's our advantage in the league. We can win it with the team we have. You see our youngsters are also playing their role... your Keletsos [Magkalwa] and [Siphelele] Mkhulises."