Glimpse into some of the intriguing statistics behind this Premiership season 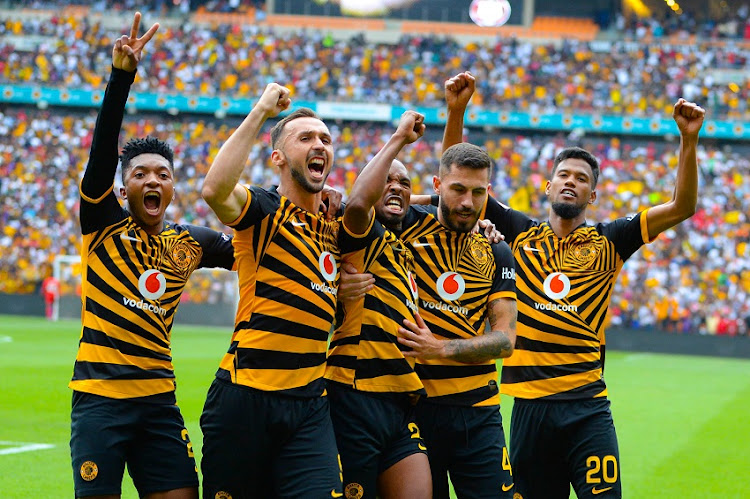 Kaizer Chiefs were top of the pile before the season was brought to a halt by the coronavirus outbreak.
Image: Frennie Shivambu/Gallo Images

No-one would dispute that it has been an intriguing season‚ with Kaizer Chiefs sprinting ahead at the top of the table‚ only to be reined in by the chasing pack ahead of the unscheduled pause.

TimesLIVE provides a glimpse of some of the lesser known stats behind the campaign.

Who could finish where?

Mathematically‚ there are 10 clubs who could still be crowned champions this season‚ the way down the table to Cape Town City‚ even if realistically we are looking at a two (Kaizer Chiefs and Mamelodi Sundowns) and a half (Orlando Pirates) horse race.

Five clubs‚ Chiefs‚ Sundowns‚ SuperSport United‚ Pirates and Maritzburg United have already acquired enough points to ensure they cannot be automatically relegated‚ but from BidVest Wits in sixth down‚ anybody can finish bottom.

No-one has managed to secure a top-eight place though with Chiefs so far ensuring that they will finish in the top 10.

Amazingly‚ Chippa United in 12th could still secure Caf Champions League football by finishing second‚ while the only side in the league who is out of the running for African club qualification is bottom-placed Black Leopards‚ whose maximum finish is sixth.

All other teams could still finish at least third. Who has enjoyed home comforts?

Chiefs may be sitting pretty on top of the league table‚ but that is not due to their home form.

In fact 10 clubs have either lost the same or fewer than the AmaKhosi’s three games at home‚ including Lamontville Golden Arrows‚ Bloemfontein Celtic and Maritzburg United.

The flip side of this argument is that Chiefs have been considerably better away from home with 26 points‚ six more than the next best‚ BidVest Wits (20).

The worst team on the road? Black Leopards‚ with five points‚ though Cape Town City (6) have yet to pick up a win.

Who has been the best ‘super-sub’ this season?

Coaches love to think they change games with their substitutions‚ but it is not all that often that players enter the game to truly change the result.

The biggest impact off the bench this season has come from Bloemfontein Celtic winger Menzi Masuku‚ who has scored two goals and provided an assist in the two games he entered after the start. He has managed that in 99 minutes off the bench.

Orlando Pirates forward Gabadinho Mhango has the same number of goals and assists‚ but those have come from four appearances as a sub and a total of 122 minutes.

The most goals scored or created off the bench has come from Dumisani Zuma‚ who has one goal and three assists‚ though those have come in 17 substitute appearances and 621 minutes‚ perhaps suggesting he has not done as well as he might of.

In all‚ 42 players have scored at least one goal off the bench this season‚ with Zuma having the most appearances as a sub. Who has picked up the most points in 2020?

Since the turn of the year most sides have played nine or 10 games‚ giving a good sample for form and the leader might surprise in terms of most points collected … Maritzburg United.

Eric Tinker’s side have taken 21 from the 30 available in their 10 games‚ form that could be championship-winning if they could keep it going through a whole season!

That is one more than Orlando Pirates (20)‚ though Maritzburg have played a game more‚ and a full eight greater than Kaizer Chiefs (13)‚ though the AmaKhosi have played two games fewer.

For any player‚ scoring the winning goal in a game is a magical moment‚ elevating him to hero status‚ even if only for a brief time.

There are two players who have managed to score five match-winning goals this campaign – AmaZulu forward Bongi Ntuli (12 goals in all) and Orlando Pirates’ Gabadinho Mhango (14).

That is one more than Bloemfontein Celtic forward Ndumiso Mabena and Maritzburg United striker Thabiso Kutumela.

In the case of Kutumela‚ he only has five league goals this campaign but four have been crucial in getting his side three points!

Kaizer Chiefs director Jessica Motaung says they would be disappointed if the season is not completed due to the coronavirus outbreak and the ...
Sport
2 years ago
Next Article