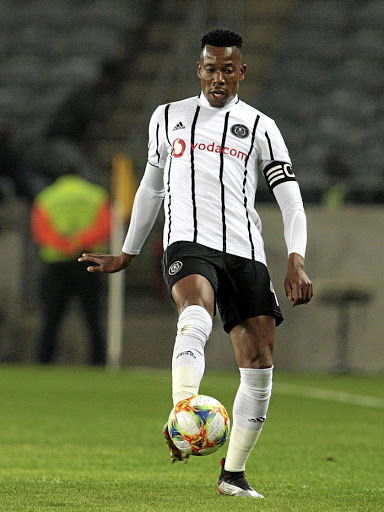 Orlando Pirates are set to offer their long-serving player and skipper Happy Jele yet another one-year contract extension when his current deal expires at the end of June, according to a source close to Bucs' dealings.

However, it's still not clear if Jele, who is represented by renowned agent Jazzman Mahlakgane, will accept another short-term contract.

The 33-year-old defender, who has played 20 of Pirates' 23 league matches this campaign, is in his 14th year as a Pirates player. In June last year, the Sea Robbers also prolonged Jele's stay at the club by just a year.

"Jele is getting another one-year extension, that's what Pirates are going to table for him. His agent, Jazzman and the club's management are supposed to meet sometime next week to discuss the new contract," the source told Sowetan.

In the true sense of his coach Pitso Mosimane's "let's be honest" platitude, let's be honest, no one had prophesied Mamelodi Sundowns skipper Hlompho ...
Sport
2 years ago

Orlando Pirates got a lucky let off late in the game but still came away with only a point at Lamontville Golden Arrows at the Sugar Ray Xulu Stadium ...
Sport
2 years ago

"I don't know if Jele will accept the one year because he still wants to play more years. It's a tricky situation. I don't know what will happen if he can say he wants more than a year. But because the chairman [Irvin Khoza] loves Happy, it's promising they'll find common ground."

Pirates senior administrator Floyd Mbele said the club would make an announcement pertaining to players' contracts in due course, insisting the outbreak of coronavirus is currently the club's main focus.

Mahlakgane was unable to comment, saying he was in a meeting.