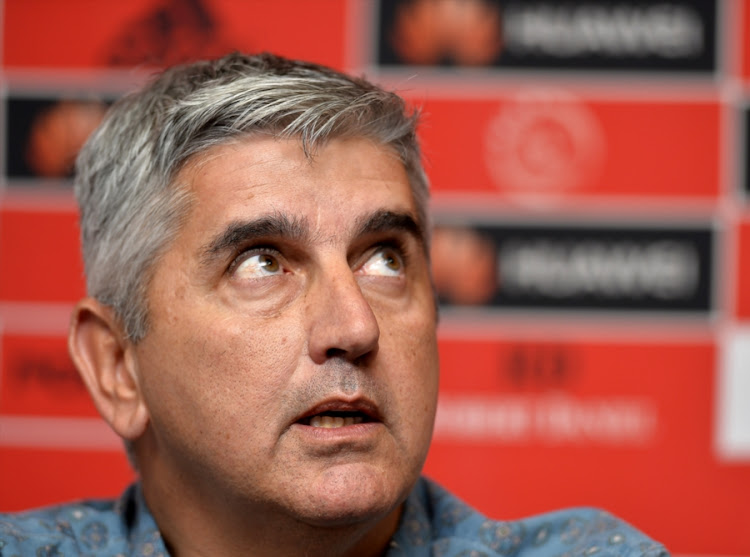 Ajax Cape Town might be headed back to the top-flight but their relationship with their mother club in the Netherlands‚ Ajax Amsterdam‚ might soon be coming to an end.

This assertion comes after the recent departure of technical director Hans Vonk and coach Andries Ulderink and in a book on the club written by Dutch journalist Jonathan Ursem‚ which was published in Europe on Wednesday.

The book is called ‘Ajax in Afrika’.

He says the departure of the duo – after Vonk had been suspended by Ajax chief executive officer Ari Efstathiou and Ulderink resigned in sympathy – effectively ended the Dutch’s club’s participation in the 21-year project and hastened their plans to sell their 51 percent share at the end of the season.

The power struggle between the Dutch and local consortiums came as Ajax looked comfortably placed to win the GladAfrica Championship and head back to the top-flight after two seasons in the second tier.

It threatened to derail their progress but after a handful of hiccups they were seven points clear when the league was suspended on Monday.

But it could be a different club that competes in the Absa Premiership next season‚ shorn of any links with Ajax Amsterdam.

“The relationship [between Amsterdam and Cape Town] is really bad‚” says Ursem.

“But Vonk has now left and with him‚ Amsterdam’s grip is gone. They have the majority of the shares but the distance makes it hard for them to control things.

“They cannot monitor what is happening at the club on a daily basis and now that they’ve lost that control‚ it is expected they will sell their shares at the end of the season.

“The club will remain but not under the Ajax banner‚” Ursem added.

Efstathiou has consistently refused to comment on the departure of Ulderink and Vonk and was not available for immediate reaction.

The Premier Soccer League’s Board of Governors meet in Johannesburg on Thursday to take a decision on the immediate future of professional soccer in ...
Sport
1 year ago

Mthethwa said on Tuesday that the Premier Soccer League can continue - but only under stringent health and safety guidelines that are in line with ...
Sport
1 year ago

Safa to tell sports minister all football should be suspended indefinitely

The South African Football Association (Safa) are to brief Minister of Sports‚ Arts‚ Culture and Recreation Nathi Mthethwa on Tuesday on the impact ...
Sport
1 year ago
Next Article