Under pressure, Black Leopards coach Alan Clark blames the teams’ recent poor results from the number of errors they have had since he took charge.

It's now becoming stressful for Clark as Leopards lose matches out of their own doings. On Saturday in the Nedbank Cup quarterfinal against Limpopo rivals Baroka, an own goal by Joseph Douhadji resulted in their 0-1 defeat.

That followed last week’s 0-2 defeat to the same opponents where those goals were a result of mistakes from his defenders.

“I’m getting used to it... to be honest because it is happening every week, we are becoming our enemies,” Clark said after the match.

“We defend well I thought, we were well organised. They got a penalty, we saved it and we gave ourselves a chance to stay in a match and we conceded an own goal to give it away. 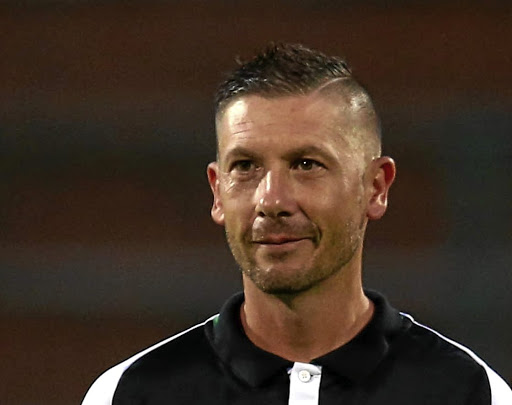 Pressure continues to mount on Leopards coach Alan Clark as the team stares relegation in the face.

“It’s heartbreaking because I think we are defending well. Teams are not breaking us down. They are not running through us and having shots. If my goalkeeper was winning man of the match every week I would say teams are ripping us apart.

“But it is a small lapse of concentration in the crucial aspect that is letting us down.”

Though mistakes are part of the game, Leopards have been losing some games because of that, last month, they lost to Orlando Pirates at home with Thabiso Mokoena scoring an own goal late in the match.

Clark believes most of these errors come as the team are low on confidence.

“We are in a position where we are bottom of the log, now we are out of the cup, we have not scored goals and confidence, in general, will be low,” Clark continued.

“But the minute we score and win everything changes and the mood will be up there.”