Why Mamelodi Sundowns might treat Andile Jali as an injured player 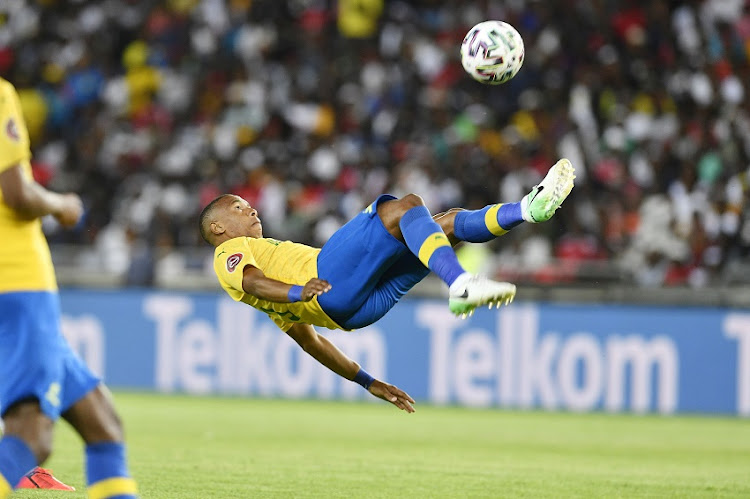 Mamelodi Sundowns are mulling over whether or not to play influential midfielder Andile Jali in their Nedbank Cup quarterfinal against Highlands Park at Makhulong Stadium on Saturday.

Jali‚ who was on Thursday named in Bafana Bafana’s squad for the back-to-back 2021 Africa Cup of Nations qualifiers against São Tomé and Príncipe‚ received his third yellow card in the 1-0 win over Stellenbosch FC on Wednesday in Cape Town.

If he plays against Highlands this weekend he is at risk of getting his fourth yellow card that will see him suspended for the crunch Absa Premiership clash against Orlando Pirates at Loftus on Tuesday.

“That is a difficult one‚” admitted Mosimane.

“You are right because the last time we played against Orlando Pirates‚ ‘Mshishi’ [Themba Zwane] was sitting on three yellow cards and the referee just walked to him and gave him the fourth one.

“Because of that yellow card‚ Mshishi missed the Pirates match‚ but with regards to Jali I will treat him like an injured player if I decide not to play him.”

Mosimane said together with members of his technical team they will decide closer to the game if Jali‚ who has been in scintillating form this season‚ will miss the trip to Tembisa.

“I have not decided whether he is going to play against Highlands Park or not but we will see. We need him more for the league and by saying this does not mean that I am not saying that we don’t need him for Highlands Park.”

If Jali sits out against Highlands Park‚ Mosimane has Tiyani Mabunda or Sammy Seabi can come in to partner captain Hlompho Kekana in the heart of the midfield.

Downs’ coach further explained that if he goes with the decision to save Jali for the Pirates match next week‚ it will not mean that he doesn’t want to win the Nedbank Cup.

“But the league is more prestigious because there is La Decima [10 league titles] for us as a club at the end of the season if we win it. There is also the prestige of winning the league championship for the third time in a row and it also gives us a spot in the Caf Champions League.

“There is also the monetary part to it‚ so there is more bragging rights in winning the league than the Nedbank Cup.”