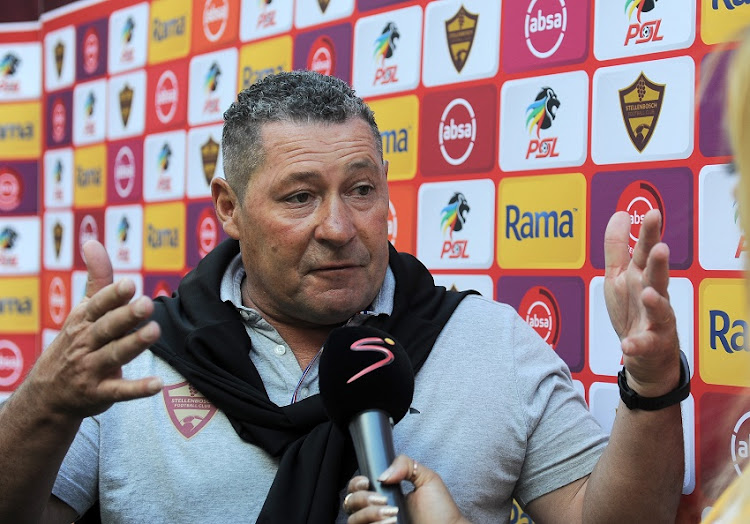 Stellenbosch FC coach Steve Barker has hit out at Under-23 boss David Notoane for leaving two of his charges out of a list of 78 players earmarked for South Africa’s team to go to the men’s football tournament at the Tokyo Olympics later this year.

He said the performance of both Ashley du Preez and Lelethu Skelem in Wednesday’s league encounter with Mamelodi Sundowns made it a scandal they were not named in the expansive squad that Notoane issued last month.

Du Preez is 22-years-old‚ born six month after the cut date of January 1‚ 1997 for selection to the Olympics‚ while Skelem is 21-years-old.

Both showed pace and application and kept the Sundowns defence busy‚ despite the premiership new boys losing 1-0 at the Athlone Stadium.

“They played in the NFD (national first division) last year and made a big impact for us‚ scored many goals and helped us to win the league‚” said Barker.

“In the league this season‚ they are again doing the business so I fail to understand why they cannot make a squad of 78 players for the Olympics‚ when there are MDC players in that squad.

“Hopefully those two players have shown what they are capable of doing‚ playing against some of the best players in the country.”

Notoane’s announcement of a 78-man shortlist was unprecedented and somewhat surprising still many months away from the tournament at the end of July.