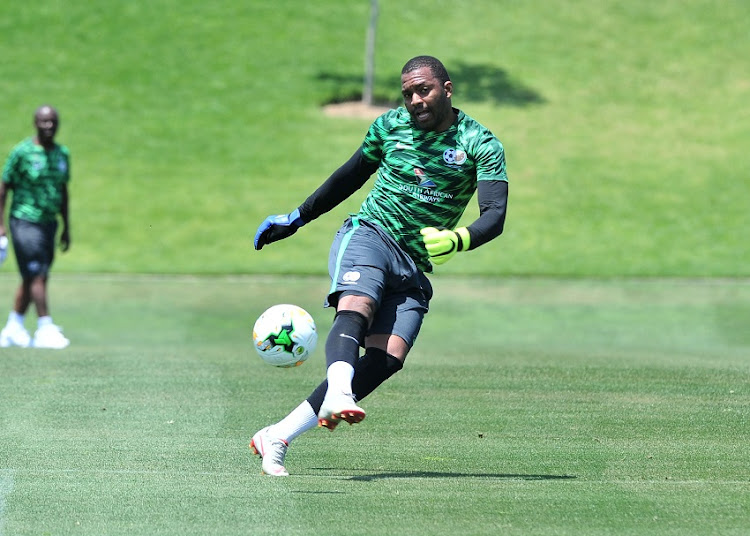 Itumeleng Khune has been recalled to the 25-man Bafana Bafana squad for their back-to-back 2021 Africa Cup of Nations qualifiers against Sao Tome and Principe later this month.

Khune’s name came as something of a surprise in the squad announced by Bafana coach Molefi Ntseki at the SABC’s headquarters in Auckland Park on Thursday morning‚ given that the injury-plagued national team stalwart goalkeeper has played just four matches for Kaizer Chiefs this season.

Mamelodi Sundowns’ in-form midfielder Andile Jali was a welcome recall to the national team after an almost two-year absence.

The matches take place at FNB Stadium on Friday‚ March 27 then the artificial turf of the 6‚500-seater Estadio Nacional de 12 Julho in Sao Tome on Tuesday‚ March 31.

Ntseki said Bafana's aim is to win both games.

“All we are looking for is maximum points‚ and maximum points will put us in a very good position‚ especially ahead of playing Sudan [away] and Ghana [home] in June‚” the coach said.

Ntseki said his technical team and Safa officials had an eight-hour selection meeting on Monday because they had a pool of 50 players to be whittled down to the final 25.

Four players from the previous camp‚ the 1-0 home Nations Cup qualifying win against Sudan in November‚ are ruled out through injury.

Sao Tome is a tiny Atlantic Ocean island off the coast of West Africa‚ population 72‚000‚ with a landmass of 17 square kilometres‚ whose national team are ranked 181st in the world‚ and 50th in Africa.

South Africa are ranked 71st in the world‚ and 13th in Africa.

Bafana assemble on Sunday‚ March 22. They travel to Sao Tome the day after the match at FNB on a charter flight on Saturday‚ March 28.

SA are currently in second place in Group C in the Cameroon 2021 qualifiers from a 2-0 away defeat against Ghana and the win against Sudan.