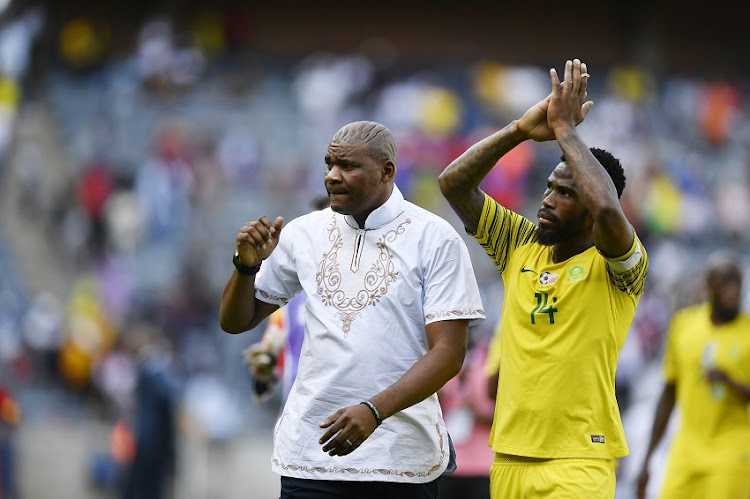 Thulani Hlatshwayo will not be rushed back to action by Bidvest Wits‚ who insist they are following strict concussion protocols after yet another blow to the head for the Bafana Bafana captain.

Hlatshwayo will on Thursday have a further assessment after his latest head trauma‚ suffered in the league match against SuperSport United in Nelspruit last month.

It was the fourth serious concussion he has suffered over the years and raised questions about possible long term effects‚ given growing proof from studies that blows to the head suffered in sport can lead to problems later in life.

“He has had a number of knocks and it is a concern and something that I have chatted to him about‚” explained Wits doctor Peter Baxter on Wednesday.

“My approach with him is extremely conservative and‚ after the knocks he has suffered over the last two years‚ his return to play has been much later than it normally would have been.

“Normally a player could be back after two and a half weeks but (after his last concussion) he came back much later than that because of previous injuries.

“It was to make sure he was more than ready to come back when he did come back‚”Baxter said.

At Wits all players are screened pre-season‚ undergoing a computer baseline test on reaction times and their cognitive ability among other things.

“These results are kept for situations like the concussion suffered by Hlatshwayo‚” the doctor explained.

On top of a full assessment of his injury‚ once his symptoms have disappeared he will redo the baseline test and only after his levels are back to what they are supposed to be‚ is he allowed to return to training.

“That our normal process. We also involve other specialists in the field. It is something that I and the club take very seriously. We don’t just let him go play again once the headache is gone.”

“He is way ahead at this time post injury than he has been in the previous injuries.

“We’ve got all the data to go back and compare with and check against. He will see his neuro-physio on Thursday and I will assess him again after that.”

But he did suggest it was not unlikely he would play again this month.

Baxter said he had spoken to Bafana Bafana doctor Thulani Ngwenya ahead of the two qualifiers against Sao Tome e Principe to keep him abreast of the situation.