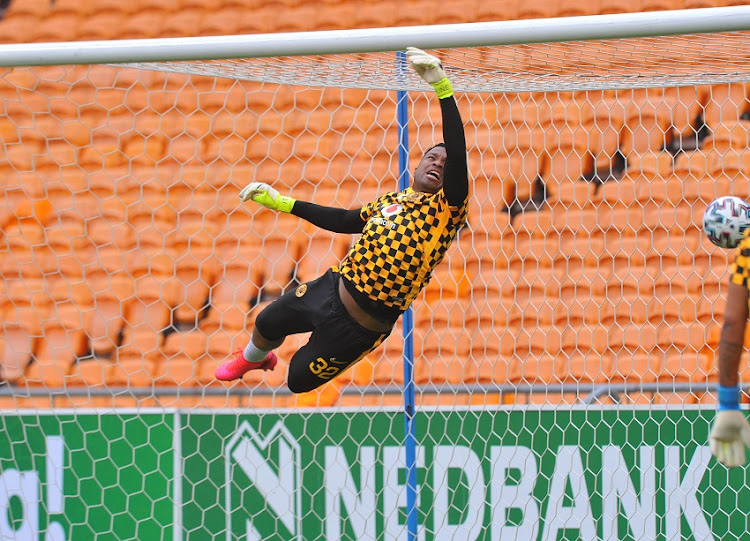 Roger de Sa says it will send the wrong message to in-form goalkeepers who are playing if Itumeleng Khune is selected for Bafana Bafana’s squad for this month’s Africa Cup of Nations qualifiers against Sao Tome and Principe.

De Sa‚ the former Bafana goalkeeper and Orlando Pirates coach‚ said national coach Molefi Ntseki’s selection at keeper should be quite simple‚ despite some apparent complications in the position.

Ntseki will announce his squad at Safa House on Thursday for the back-to-back qualifiers against Sao Tome – at FNB Stadium on Friday‚ March 27‚ and then at the Stade Nacional 12 de Julho on the Atlantic island on Tuesday‚ March 31.

Ronwen Williams‚ who came of age with a mature performance at the 2019 Nations Cup in Egypt‚ is the clear No 1.

For the SuperSport United goalkeeper’s back-ups‚ Ntseki must decide whether former Bafana stalwart and long-term injury absentee Khune’s four games for Kaizer Chiefs this season are enough to warrant a call-up.

Khune is being kept on Chiefs’ bench by Nigeria No 1 Daniel Akpeyi. Of the other two keepers who were at Egypt 2019‚ Darren Keet now plays in the Belgian second division for OH Leuven and Bruce Bvuma has played just three times for Chiefs in 2019-20.

De Sa said he feels in-form goalkeepers who have been playing regularly should be the No 1 and 2 selections in Ntseki’s squad.

“I agree that Ronwen is obviously the guy who has shown the most consistency and held his place‚” De Sa‚ a Moroka Swallows and Mamelodi Sundowns keeper in his playing career‚ said.

“Listen‚ I wouldn’t rule out Wayne Sandilands. I think his move to Orlando Pirates was a good one and he’s shown he can withstand the pressure of a big club.

“I fully agree on playing the guys who are in-form and playing. I always say your top two should be seniors and your third choice‚ if possible‚ should be the Under-23 keeper.”

By that reasoning‚ De Sa said‚ his three keepers would be Williams‚ and then either Sandilands or Keet as the second choice; and‚ even though he has played just three games for Bloemfontein Celtic this season‚ SA U-23 keeper Mondli Mpoto as the third choice.

Keet has played just eight league and cup games for Leuven since his transfer there from Bidvest Wits in July last year‚ which would seem to promote Sandilands for a recall.

Bafana have begun with a 2-0 away loss against Ghana and 1-0 home win against Sudan to sit in second place in Group C to the Black Stars in the qualifiers for Cameroon 2021.