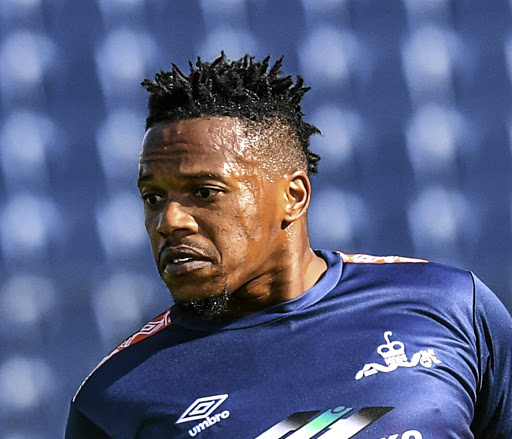 Edward Manqele is one of the experienced players in the GladAfrica Championship side.

Having previously played in the Absa Premiership with different teams, Real Kings striker Edward Manqele hopes his experience will come in handy when they host Bidvest Wits at Sugar Ray Xulu Stadium on Friday in the Nedbank Cup quarterfinals.

The ex-Kaizer Chiefs, Mamelodi Sundowns and Chippa United forward is one of the experienced players in the GladAfrica Championship side and he believes he can play a big role on Friday night to help Kings progress to the semifinals.

Manqele has played in all Nedbank Cup matches for Kings, scoring just once.

"My job is also to guide the young ones because some of us have experience here; we just have to tell them to enjoy the game on Friday," Manqele said.

"Even though some will have stage fright but for them playing against a PSL team it will be a motivation."

Horror stints at Bucs, Chiefs and Downs
Sport
3 years ago

With TS Galaxy having surprised many by going all the way last year to win the cup as they beat Kaizer Chiefs in the final, the 32-year-old said they draw some inspiration from that.

"Last season, I was with TTM [Tshakhuma Tsha Madzivhandila] and we went out at the quarterfinals (losing to Chippa United). This time, I want to see the team progressing to the next stage.

"We just have to go there with a positive mind and attitude and anything can happen... TS Galaxy did the same."

Who are Real Kings?

The KZN side are currently eighth in the GladAfrica Championship, SA's second-tier league. With 33 points and seven matches to go, they can still qualify for the promotional play-offs as they are seven points behind second-placed Swallows. It's believed businesswoman Shauwn Mkhize (ex-Mpisane) is Kings' majority shareholder, with founder Bongani Ngidi now a minority shareholder.