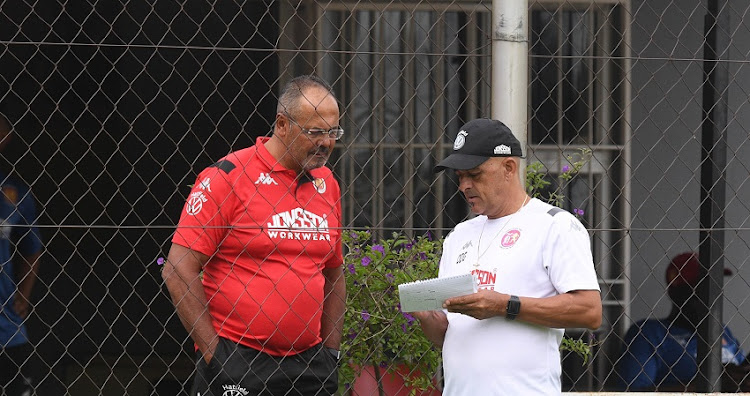 Highlands Park coach Owen Da Gama will resist the temptation to prioritise one game over the other when his charges face Mamelodi Sundowns in back-to-back clashes in the coming few days.

The Lions of the North take on the Brazilians in the quarterfinals of the Nedbank Cup at Makhulong Stadium this weekend and the two teams face off again in the Absa Premiership on March 21.

Da Gama insisted that he would field his strongest available team for both games.

“You can’t reserve players‚ this thing has happened so many times in the past where teams tried to save players for the next game and ended up losing both‚” he said.

“We are going all out for this coming game this weekend and we will start thinking about the next game after this one.

"The league is just as important as the Nedbank Cup and we have to make sure that the boys stay focused and understand that every match is important.

"We will just have to take it one game at a time‚ that’s the best way to approach the remainder of the season.”

Da Gama said he would rely on senior players like Reneilwe Letsholonyane and Musa Nyatama to get the best out of the players in the remaining matches of the campaign.

“The experience and football brains of Yeye (Letsholonyane) and Musa is unbelievable and there is no doubt that they have added so much to the growth of the team.

"All the players are learning from their leadership because they behave themselves in a good manner and they are humble.

"It has just been a blessing to have them here at Highlands Park and hopefully we can have them for a long time to come.”

Asked if Letsholonyane and Nyatama would have a big role to play on Saturday‚ Da Gama played his cards close to his chest.

“We will be careful how we approach the game‚ but we normally start with a more defensive type of approach before and then unleash them (Letsholonyane and Nyatama) at the later stages.

"It has worked for us but sometimes when we try to unleash them the game situation is tough and you have to play a more defensive game to get the result.

"If they get an opportunity‚ this will be an opportunity to show what they can do. I have never doubted them‚ the hunger is there because they show it at training.”