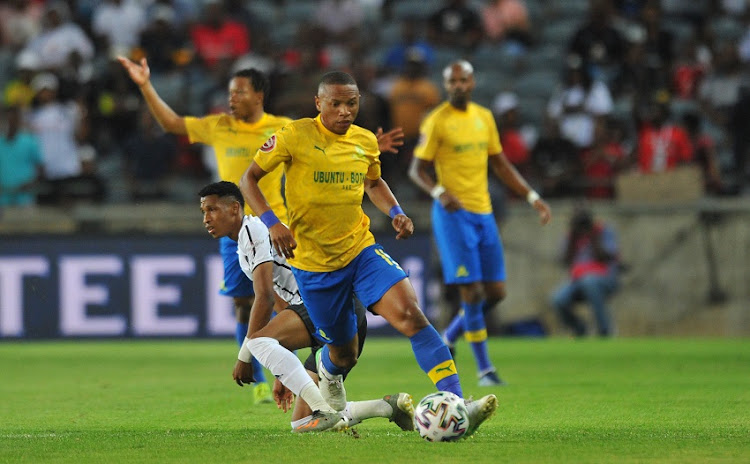 Highlands Park coach Owe Da Gama believes that Andile Jali deserves to be recalled to the national team and hopes to see the Mamelodi Sundowns defensive midfielder's name on the list when the Bafana Bafana squad is named on Thursday morning.

Bafana coach Molefi Ntseki will on Thursday morning announce the squad to face São Tomé and Príncipe in back-to-back 2021 Africa Cup of Nations qualifiers and Da Gama believes that Jali should be part of the team.

“I definitely think that he (Andile) must return to Bafana Bafana‚” said Da Gama on Wednesday.

“I had the opportunity to work with him at the national team when he was there.

"If you have seen what has happened with him over the last couple of months‚ he has made a u-turn and he is the Andile Jali that we know.

“He is playing good football plus he’s got the experience at Bafana level‚ and he’s got the temperament. I really think that he is a player that should definitely be looked at but that decision lies with the coach.”

Jali has not featured for Bafana since November 2017 in the 2-1 World Cup qualifier defeat to Senegal away from home but the 29-year-old has been in solid form for Sundowns this season.

He has played in 15 matches in the Absa Premiership and has contributed one goal to the Sundowns cause.

The midfielder is going to be crucial for coach Pitso Mosimane in the league title the run-in.

He made ten appearances in Sundowns’ run to the quarterfinals of the Caf Champions League where they were knocked out by Al Ahly last weekend.

On the domestic front‚ he did not feature in the MTN8 but helped the Brazilians to the Telkom Knockout title with three appearances. He has already made one appearance in the Nedbank Cup that is currently underway.

Ntseki has another important decision to make regarding crowd favourite and Kaizer Chiefs goalkeeper Itumeleng Khune who has only played four competitive matches this season.

Khune‚ who was overtaken as the country’s number one by Ronwen Williams of SuperSport United while he was out with a long term injury‚ has struggled to nail down a starting place at Chiefs with coach Ernst Middendorp showing faith in Daniel Akpeyi.

Sundowns face Highlands Park away from home in the quarterfinals of the Nedbank Cup‚ quarter-final clash at Makhulong Stadium on Saturday.