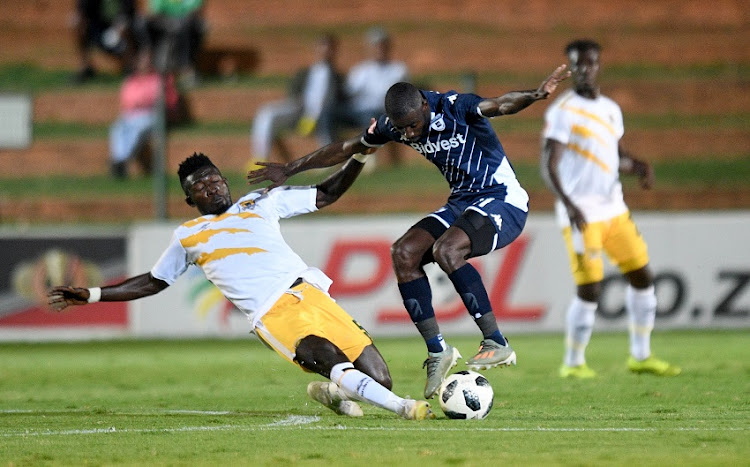 Black Leopards showed all the fight necessary of a last-placed team attempting to attack Bidvest Wits for the three points at Bidvest Stadium on Tuesday night, but it was the Clever Boys’ experience that told with a 1-0 Absa Premiership win.

Wits boxed clever against a Leopards bent on attack, and whose attractive football belied their bottom placing. In the end a clever tactical showing and Terence Dzvukamanja’s 45th-minute headed winner made the difference.

The Clever Boys remain outside title chasers. But they are quite firmly outside. They went to within 10 points of leaders Kaizer Chiefs with the win, with a game in hand.

Wits were patchy – as they can be on their home ground – in the first half.

Leopards showed the necessary fight of a last-placed team, and had the better movement and some good scoring chances. In the end, such a necessary attacking approach saw Lidoda Duvha punished at the end of the half conceding to a predatory, more experienced combination.

Early on Thabang Monare’s corner found big Bienvenu Eva Nga to get up and head onto the top netting for the home side.

Lively Thabo Matlaba, enjoying his wide left midfield role, and often drifting inside, struck a drive from 20 metres with his characteristic power, forcing Brandon Petersen into a reflex save even though the ball was not so far from the Wits goalkeeper.

With Leopards seemingly edging an advantage, Wits scored. From Deon Hotto’s cross swung in from the right edge of the box Zimbabwean forward Dzvukamanja’s hang time getting up to an expert header placed past keeper Rotshidzwa Muleka was impressive.

Leopards, as they had to, continued to commit numbers forward from the break.

They were always in danger of being exposed by that, too, as Hotto’s turn to lose his marker in midfield set up former Portugal-based winger Kgaogelo Sekgota for a strike inches past the post.

Leopards seemed unfortunate to have a penalty appeal overruled when Buhle Mkhwanazi appeared to handle in the area in the last 10 minutes.

At the other end substitute Haashim Domingo struck a drive cleanly onto the crossbar. Another sub, Elias Pelembe, cracked one even more powerfully onto almost the exact same spot on the bar moments later, as Wits finished strongly.