'We possibly could benefit Chiefs': Maritzburg coach Tinkler on twist in the title race 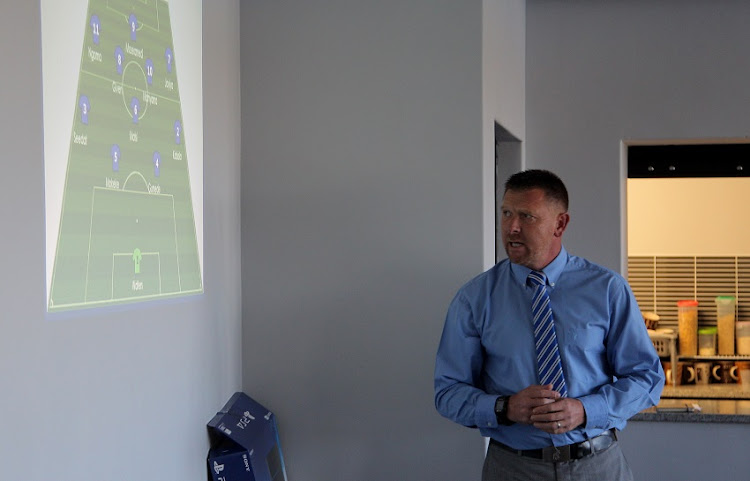 Maritzburg United have exceeded expectations with their rise to fifth place in the premiership and coach Eric Tinkler expects them to continue to shake things up in their remaining six games.

Maritzburg have home games against three of the frontrunners - Mamelodi Sundowns (April 4)‚ Bidvest Wits (April 10) and Orlando Pirates on May 6 - and Tinkler feels that his fast-improving outfit could yet have a say in where the league title goes.

“I think we will‚ to be brutally honest. I don’t think the race is over yet.

“Yes‚ we are playing those three teams but I think Chiefs still have to also play against them.

“We possibly could benefit Chiefs or it could be to the detriment of Chiefs.

“I think it’s going to be a tough ask for Chiefs.

Tinker said he remained a dreamer about where Maritzburg might finish.

If they win all of their last six games - the other three are away at Black Leopards (March 21)‚ Highlands Park (April 25) and Bloemfontein Celtic (May 9) – they will finish on 57 points.

That might not be enough to take the title but could be enough for second place and a chance to play in African club competition next season.

“I always dream. Every game I go into‚ I plan to win‚” said Tinkler.

“When we go to Black Leopards away next week‚ I’m planning to try and win and the games we have at home against Sundowns‚ Pirates and Wits we are aiming to collect the three points.

“We are not here to do anyone any favours‚” he added.