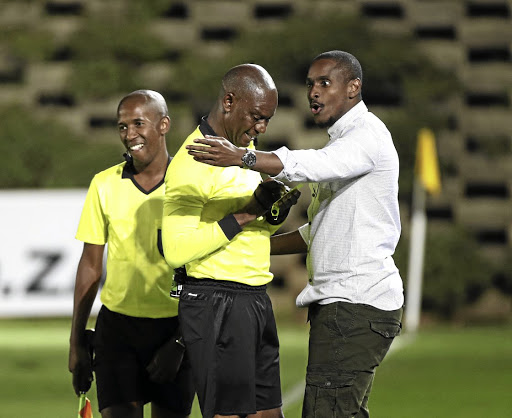 Chippa United coach Rulani Mokwena is optimistic that he will save the team from relegation.

"We don't even think of anything else except trying to make sure that we are looking at 30 points," Mokwena said.

Mokwena has been idle since he was replaced by Josef Zinnbauer at Pirates in December before joining Chippa. He believes this was the right time for him to make a comeback and will only worry about his future when the season ends.

"I took my time and I made the right decision to come to Chippa, there were other offers, but I was waiting for the right project, a short-term situation to try and help the team," Mokwena added.

Rulani Mokwena was full of energy and paced up and down the bench in his first match back in the limelight as he took charge of Chippa United during ...
Sport
1 year ago

"I'm not even thinking about the long-term, I want to focus on the short-term and for me, at this moment in time, is to assist the club to remain in the PSL. The other things we will see after the season."

The 35-year-old was also pleased with a point against Wits away, having only had one training session.

"Very difficult game for us away from home, we came with only one real training session after our arrival and of course there is not a lot you can do from a tactical perspective.

"But what helped is we could manipulate the situation and try to improve the team using a lot of video footage and particularly because we watched the last five games of Chippa and it helped us a lot."