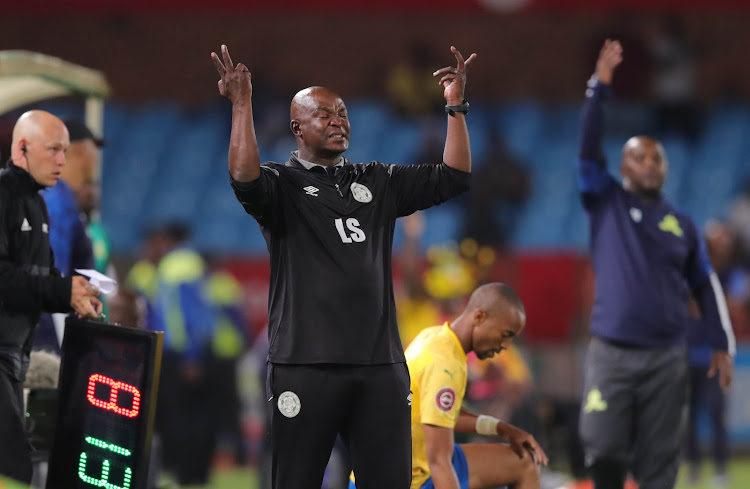 Bloemfontein Celtic coach Lehlohonolo Seema has admitted that he wanted Sunday’s league clash away at Cape Town City over by half-time.

The frustrated reaction came after watching his side carved apart in the midfield and yet still setting up several good chances to score in the match‚ which they lost 2-0 to remain just outside of the top eight places.

“It was a 90 minutes that I wanted to end after the first 45! We applied ourselves well in terms of our set up and structure‚” said Seema.

“But it has always been our problem that we are giving away soft‚ soft goals and this has been the story of our lives.”

To be fair‚ City’s two goals came at the end of some mazy footwork and sharp passing with first Thabo Nodada and then Surprise Ralani scoring to make it 2-0 at half-time.

“Unfortunately‚ there is nothing you can do about that‚ just try to rectify that all the time in training‚” bemoaned the Celtic coach.

They did lose veteran centre back Mzwanele Mahashe to a suspected groin injury in the first half and his replacement Thato Lingwati was playing for the first time since November and it showed.

Celtic also had several chances before conceding the first goal.

“Once you start missing two or three chances‚ you know today’s not your day.

“We tried again in the second half and created more.

“Those players that you would bet on to finish those opportunities on any given day couldn’t finish their chances. It just wasn’t our day.”