'It’s a tough one this one': Pitso Mosimane on his contract situation at Sundowns 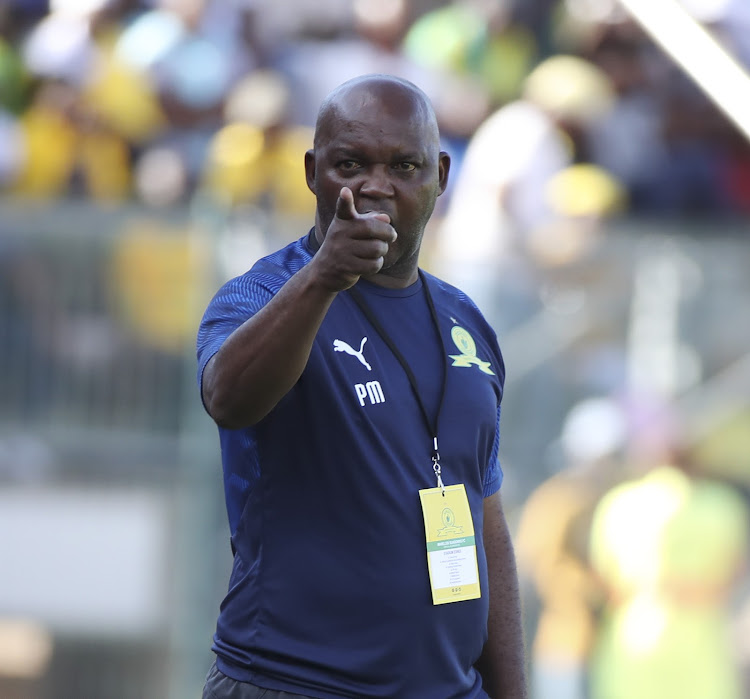 Pitso Mosimane says he’s done everything in his power to convince Mamelodi Sundowns that he wants to stay on as coach beyond this season and it is now up to the Pretoria club's management to decide whether they want to offer him a new contract or not.

The 55-year old mentor has won numerous titles since replacing Johan Neeskens in December 2012 but has not been able to break the deadlock during his long-running contract extension negotiations with Sundowns.

His contract comes to an end in June and he admitted that his future remains in the air.

“I don’t know‚” said Mosimane when asked of his future at Sundowns.

"It’s a tough one this one (the contractual negotiations).

“Ok‚ remember earlier I said 80 percent of the clauses of the contract have been agreed? So I have complied with 100 percent.

“I have long complied and so the ball is in Sundowns' court‚ it’s not me. So there’s no more left on me. I don’t know‚ you must ask Sundowns.”

Sundowns crashed out of the at the quarterfinal stage of the Caf Champions League after a 3-1 aggregate defeat by Egyptian giants Al Ahly at a packed Lucas Moripe Stadium on Saturday.

Mosimane‚ who has led Sundowns to eight titles since his arrival‚ including the Champions League in 2016‚ said he was keen to continue if the club will have him.

“It’s not me‚ don’t put on me. I’m sorted now. I have complied with everything so it’s on the other side‚ it’s not on my side.”

Mosimane has won four domestic league titles and will bring a record 10th championship if Sundowns win it for the third time running this season.

They may perform magic with the ball on the soccer pitch but evidence shows many of our star soccer players lack the basic skills to manage their ...
Business
2 years ago

New Black Leopards coach Alan Clark has felt the tension of relegation danger before but says his side are free from any the stress of the possible ...
Sport
2 years ago
Next Article