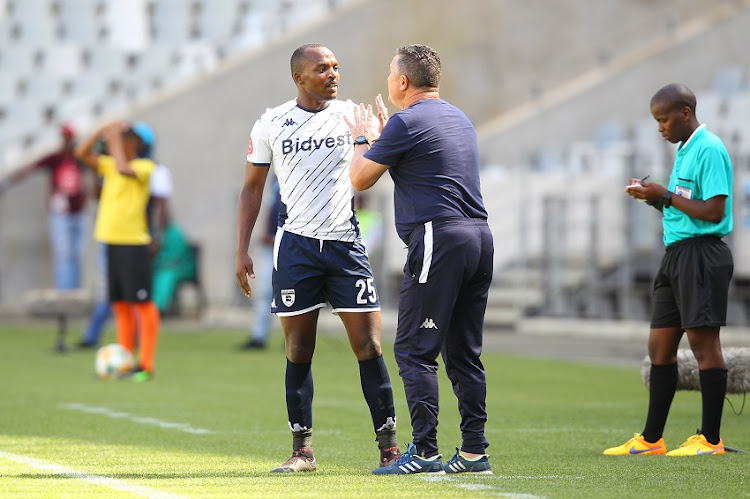 Bidvest Wits are hoping to have their top scorer Gift Motupa back from an ankle injury for Saturday’s Premier Soccer League encounter against Chippa United as they battle for goals at a crucial juncture of the season.

The match at the Bidvest Stadium (kickoff 8.15pm) presents a last chance for the club to gather some late momentum and possibly still stage a come-from-behind tilt at the title.

Wits still have 11 games to play and a chance to win their second-ever title but they would need to turn around their fortunes after squandering league points of late.

That included a 2-0 loss in their last game against SuperSport United in Nelspruit on Saturday that infuriated coach Gavin Hunt so much that he publicly turned on his own players after seeing Wits fail to convert a myriad chances.

Hunt is a coach who prefers to employ a strapping centre forward‚ and recently bought the Mozambican league’s top goal scorer Bienvenu Eva Nga from Costa do Sol in Maputo.

The big Cameroonian has‚ however‚ only scored once in five starts since the January transfer window and is now out for the next fortnight with a shoulder problem.

Motupa (25) was also absent against SuperSport where Hunt unusually did not employ a centre forward at all‚ looking to his speedy wingers to rip apart the opposing defence.

But Wits lost 2-0 to remain sixth in the standings – 14 points behind leaders Chiefs but with two games in hand.

Motupa has missed the last three games for Wits but is back in training and a final decision on his availability will be made before kickoff.

The Clever Boys are already expected to be without captain Thulani Hlatshwayo who was concussed last week‚ plus Ricardo Goss and Sameehg Doutie.

They were this week both handed four-game suspensions for their attack on referee Masixole Bambiso when Wits lost at Cape Town City in January.