‘Economy is fragile’: Why Chippa could not pay for Zimbabwean twins 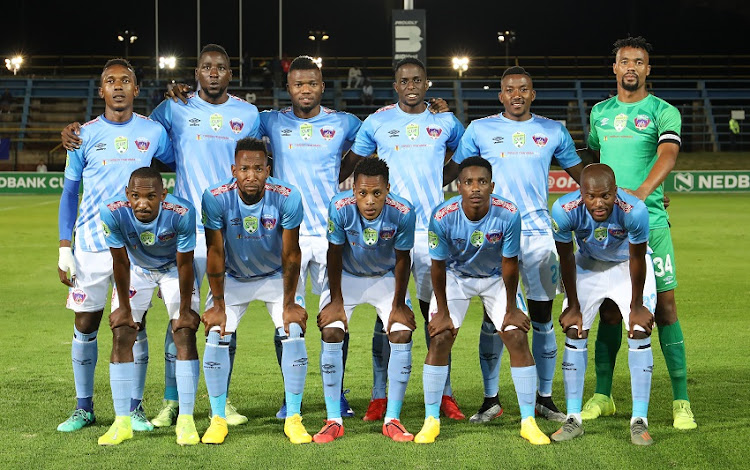 Chippa United team picture during the 2020 Nedbank Cup match between Bidvest Wits and Chippa United at the Bidvest Stadium, Johannesburg on the 24 February 2020.
Image: ©Muzi Ntombela/BackpagePix

Chippa United chief operations officer Lukhanyo Mzinzi has said that they have entered into a payment arrangement with Zimbabwean side FC Platinum regarding outstanding transfer fees for twin brothers Kevin and Elvis Moyo.

FC Platinum reportedly were considering dragging Chippa United to global ruling body Fifa for their failure to keep up with payments regarding the two defenders‚ who moved to Port Elizabeth on two-year contracts that had one-year add-ons in July last year.

“We sorted the matter between us and FC Platinum last week and there is no issue. They [Platinum] wrote to Fifa on this matter but we have given assurances to them [Fifa] that we will keep up with payments as per agreements and this matter has been dealt with‚” Mzinzi told SowetanLIVE on Friday.

Asked for the reasons Chippa have failed to keep up with payments‚ Mzinzi said that this was because the South Africa the economy is fragile.

“You know my brother that the economy is fragile at the moment but we have an arrangement with FC Platinum and we are on the same page with them‚” he said‚ declining to say how much is owed to the Zimbabweans.

“I know that there is non-payment for the players and they [Chippa] have committed to dates‚ so we will wait‚” Chizondo told the Herald.

Chizondo‚ though‚ denied reports that Platinum had approached Fifa on the matter.

Chippa will hope this matter does not distract the two players‚ who are involved in a battle to avoid relegation as the PE club sit precariously in the bottom half of the Absa Premiership with seven matches remaining in their season.

Their fight for survival continues on Saturday night as new coach Rulani Mokwena takes charge of his first game when Chippa meet Bidvest Wits at Bidvest Stadium (kickoff 8.15pm) where the Chilli Boys will aim for nothing but the three points on offer.