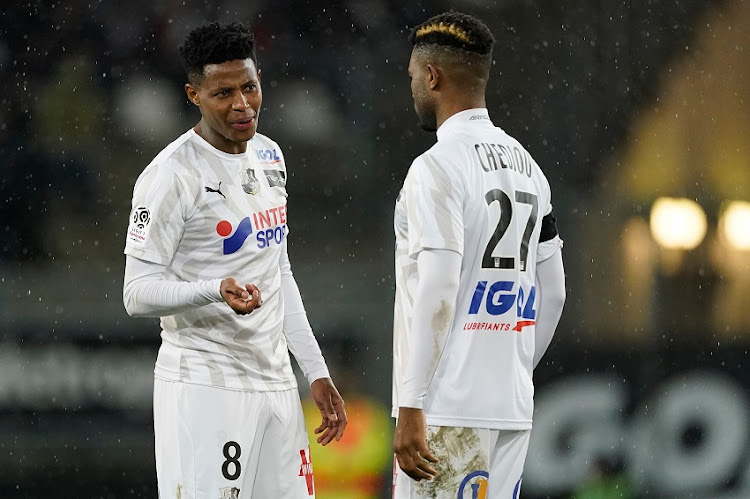 Bongani Zungu goes to the famed Stade Velodrome on Friday, where Bafana Bafana played their opening game of the 1998 World Cup finals, with his French club Amiens in deep crisis and facing the real threat of relegation.

Zungu and his teammates have now gone 12 successive game without victory, dramatically dropping down into second-last place in Ligue 1 and are now a dangerous five points from safety.

Friday night’s away game at second placed Olympique Marseille is likely to extend that winless run to 13 matches and leave Amiens in serious peril with 10 games of the season left – many of them against high flying opposition.

The 27-year-old Bafana midfielder, who has struggled with injury problems throughout the campaign, was due to leave Amiens in the January transfer window but his deal with La Liga outfit Mallorca fell through despite travelling to Spain.

Now he has to try and help spur his club to safety, not only to be able to play top-flight football again next season, but to also keep up his own profile in the European market.

Zungu, whose contract with the French club still has another season to run, started nine Ligue 1 games this season – including two of Amiens’ last three – but has been brought in as a substitute 11 times.

He has also captained the team.

He moved first from Mamelodi Sundowns to Vitoria Guimaraes in Portugal before going to France.