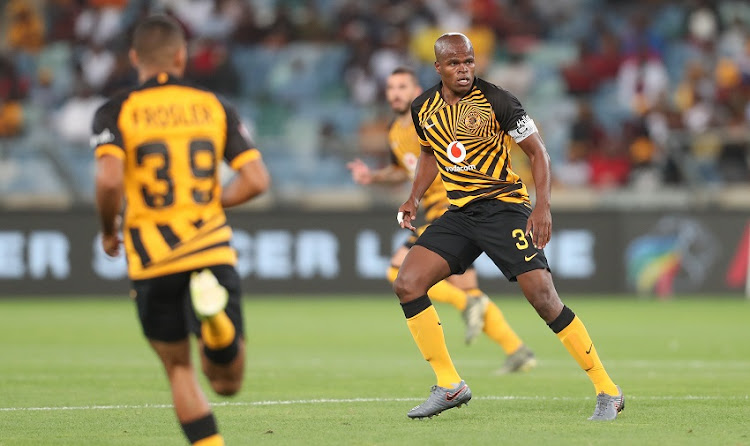 Willard Katsande of Kaizer Chiefs during the Absa Premiership 2019/20 game between Kaizer Chiefs and Bloemfontein Celtic at Moses Mabhida Stadium in Durban the on 07 December 2019.
Image: ©/BackpagePix

Anthony Akumu appears the front runner to play in defensive midfield for Kaizer Chiefs against AmaZulu on Saturday‚ replacing injured Willard Katsande‚ who coach Ernst Middendorp has said is expected to be out until April.

Midfield stalwart Katsande sustained a knee ligament injury in Absa Premiership leaders Chiefs’ 1-0 Soweto derby win against Orlando Pirates at FNB Stadium on Saturday‚ and was replaced in the 75th-minute by Akumu.

Middendorp was relieved that Akumu‚ signed form Zambia’s Zesco United in January‚ had a steady 21 minutes (with added time) against Pirates.

In the midfielder’s previous game‚ starting in the penalties Nedbank Cup defeat against Highlands Park at Makhulong Stadium‚ Akumu was taken off at the break having struggled in the opening half.

“Willard is out‚ I think for the games in March. I expect him to be back in April‚” Middendorp said on Thursday.

Akumu has not played a full 90 minutes for his new team yet‚ having made three substitutes’ appearances before his start against Highlands.

“He’s definitely a candidate for this position. That is why he was brought here‚” Middendorp said.

“I would have loved for him to have had a bit more time than these 30 minutes‚ 45 minutes‚ and under less stress than the final 25 minutes on Saturday [against Pirates].

“But sometimes you just have to push a player in. And I hope he will be able to process and handle expectation in this role on Saturday.”

Middendorp said he does have other options to fill in for the highly combative veteran Katsande.

“Another option is Philani Zulu. Another is George Maluleka. Another could be Reeve Frosler – his entire youth was spent getting himself developed in this role‚” the coach said.

“Another possibility is to take [centreback] Daniel Cardoso one step in front and put Yagan Sasman at left centreback.

“Njabulo Blom would have been an option – unfortunately he has been out for four weeks injured.”

Scorer Lebogang Manyama‚ who received a knock to his calf against Pirates‚ and Leonardo Castro‚ with a knock to his back‚ both resumed full training on Wednesday and are “fully available”‚ said Middendorp.