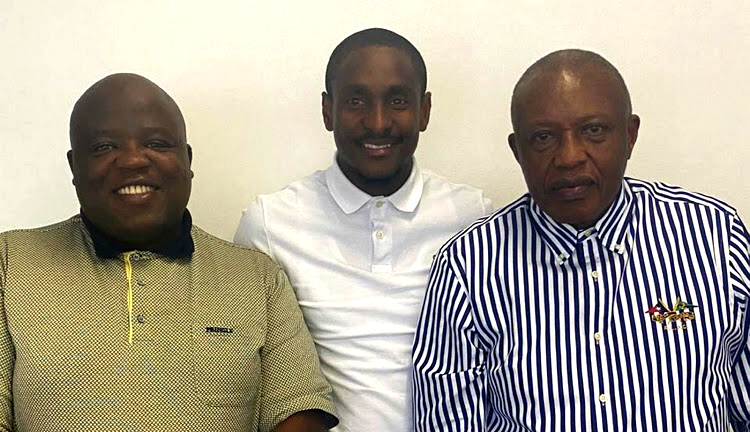 Rulani Mokwena has surfaced at Chippa United after Orlando Pirates announced on Wednesday that their assistant coach had left the club to join the Port Elizabeth-based side until the end of the season.

Mokwena becomes the fourth mentor to coach Chippa this season and steps into the seat vacated by Norman Mapeza‚ who resigned on Monday.

Clinton Larsen started the campaign at Chippa and was replaced by caretaker Duran Francis in September‚ who was replaced in early October by Mapeza.

Mokwena himself was replaced as Pirates interim coach in December and German mentor Josef Zinnbauer assumed the reins following a string of poor results.

The upstart coach has now been tasked with the responsibility of steering Chippa away from the relegation zone with seven matches remaining this season for the Eastern Cape club.

He has some work to do as the 11th placed side are just five points away from the quicksand with just 25 points to show for their trouble in this campaign.

“Mokwena joins the Chilli Boys until the end of the season‚” Pirates announced on Wednesday.

Rulani, Johnson also in the mix.
Sport
1 year ago

“He will be joined at United by Michael Loftman.”

United chairman Siviwe "Chippa" Mpengesi pledged to give Mokwena the support he needs to succeed in the Eastern Cape.

"Having worked with both Mamelodi Sundowns and having steered Orlando Pirates during the current season‚ Chippa United FC is confident that he will prove to be an asset on all facets‚ including development‚" said Mpengesi in a statement on Wednesday.

Pirates also revealed that “Mokwena has recently returned from an overseas trip which saw him visiting some European football clubs for a benchmarking exercise”.

There was mystery over the status of Mokwena as a member of the Pirates technical team after he disappeared from the Buccaneers bench after his removal from the interim seat.

He sat on the bench as assistant once‚ in Zinnbauer’s first match in a 3-1 victory against Black Leopards at Orlando Stadium on December 21.

Chippa travel to Johannesburg to face Bidvest Wits in Johannesburg on Saturday and Mokwena will be on the bench for the Chilli Boys.