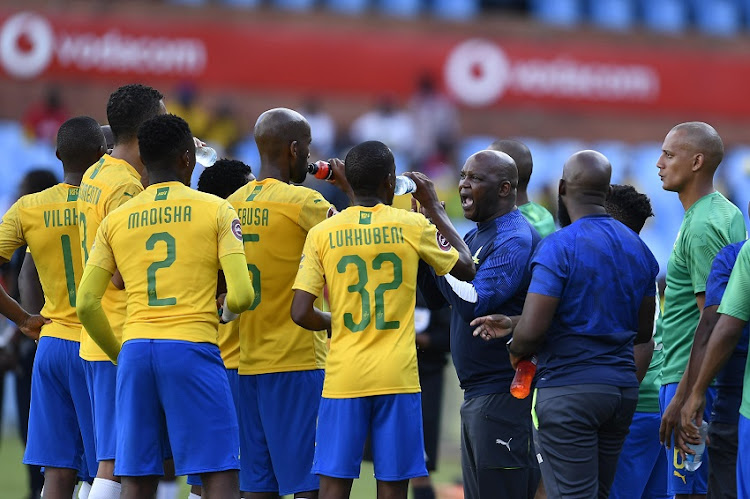 Mamelodi Sundowns will be galvanized by their highly impressive unbeaten record at home in the Caf Champions League when they host Egyptian giants Al Ahly highly anticipated quarterfinal showdown at the Lucas Moripe Stadium in Atteridgeville on Saturday.

Coach Pitso Mosimane’s men face the daunting task of overturning a 2-0 first leg deficit against Al Ahly if they are to book a place in the semifinal for the second successive year.

“Two goals is a bit difficult for us to turn the results around but we have to turn the volume up in Pretoria‚ we don't have an option‚” said Mosimane.

“We have to score in Pretoria but we managed to deal with the pressure.

"Come to Pretoria it's a different story there‚ ask other teams.

"It's totally a different game and I can't explain it.”

The Brazilians have gone 18 matches unbeaten since they lost 2-1 to Espérance of Tunisia on June 2‚ 2017 in the group stages. They were later dumped out in the quarterfinals by eventual champions Wydad Casablanca.

During this period of almost three years‚ Sundowns have often produced their best football in front of their own supporters and one of their highlights include the record 11-1 win over Seychelles minnows Cote d’Or last year.

Last year they produced possibly their best performance in the tournament when they dismantled Al Ahly 5-0 at Lucas Moripe Stadium. But once again against they fell to Wydad Casablanca in the semi-final.

Sundowns must reproduce that performance this weekend to stand any chance of progressing to the next round‚ and if they make it they are likely to meet Wydad Casablanca who have a first leg advantage over Étoile du Sahel.

The club has not revealed if fans wearing club colours will be afforded free entry into the 29 000-seater stadium but Mosimane wants the volume to be turned up to its maximum to create an intimidating atmosphere.