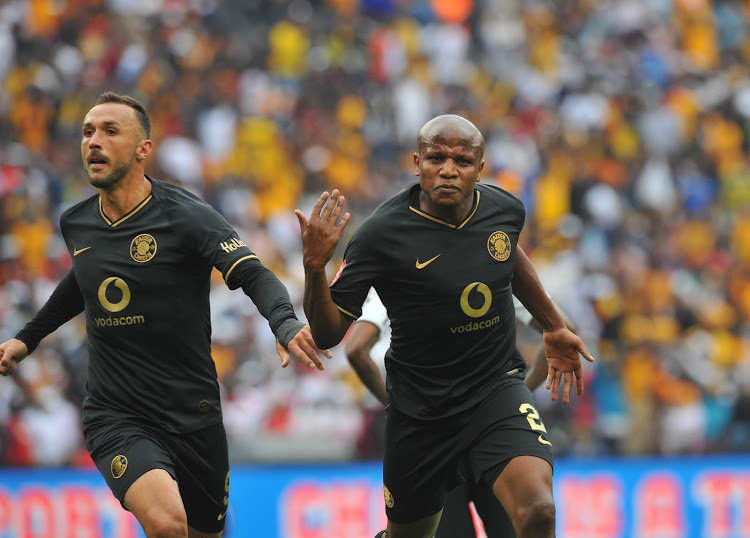 Kaizer Chiefs took an early lead at the half-way mark of their Absa Premiership encounter against arch rivals Orlando Pirates on a wet Saturday afternoon at FNB Stadium.

The opening goal of the entertaining encounter in front of a full capacity crowd came through a well calculated move by Lebogang Manyama in the 29th minute. Manyama stepped up to beat Pirates goalkeeper Wayne Sandilands, who failed to keep out the powerful shot despite going the right direction.

In Soweto derby debut, Pirates coach Josef Zinnbauer made three changes from the previous starting line-up against Black Leopards last week, while Chiefs’ Middendorp brought his trusted 3-5-2 formation back, but with four personnel changes to the starting XI of their penalties Nedbank Cup defeat to Highlands Park last weekend.