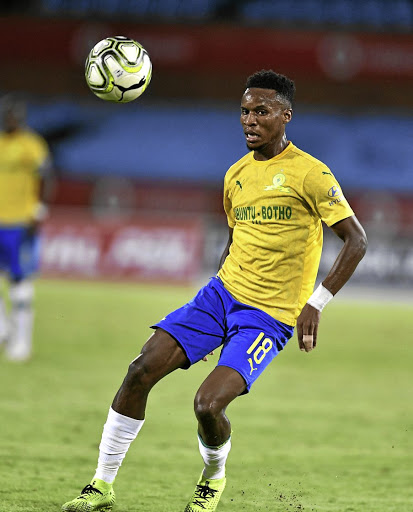 Mamelodi Sundowns star Themba Zwane doubts that his team can pull off another 5-0 thrashing of Al Ahly in the CAF Champions League.

Last year, the Brazilians handed the Egyptians their biggest defeat in the modern era.

In a rematch of last season, the two teams have been pitted against each other in the quarterfinals of the competition. The first leg will be played at the Cairo International Stadium tomorrow (6pm) where 30000 fans will be allowed in.

"All that we know is that the game will be difficult. They have changed a lot from last season," Zwane told Sowetan. "The only thing we need to do is to stick to our game plan and take our chances."

Over the past few years Sundowns have earned the respect of the other African teams and their supporters for their exploits on the continent.

Zwane is one of the stars of the team and at his best sends shivers down the spines of defences in the tournament.

"It feels good to be recognised because we have done a lot for the team, that's why people from other countries know us.

"At the airport we met some people and they said good things about us and showed respect. Most of them were Al Ahly fans and they said the game will be tough."

Zwane was among the top scorers in the competition last season with six goals. This season he hasn't contributed as many. He scored twice in the preliminary stages but did not score in the group stages.

"I want to score more goals for the team. Whenever you're scoring you feel good as a player and helping the team to win games," he said.

Sundowns coach Pitso Mosimane has issued a rallying cry to his team to come to the party against the team of the century.

"We need to absorb the pressure and be mentally strong. It's a game where the body plays more [of a role] than the technique. We know that mentally we will have to be on top because you know how intimidating it gets there."