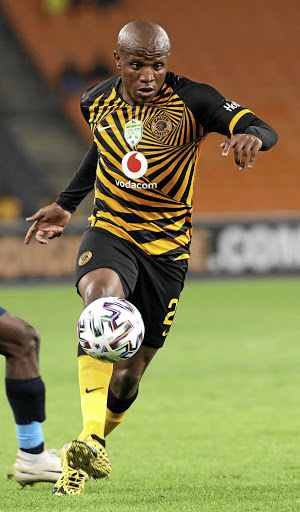 Once upon a time Lebogang Manyama, Khama Billiat and George Maluleka formed an exciting attacking unit at Ajax Cape Town.

Manyama and Maluleka linked up with Matsatsantsa, while Billiat was snatched by the Brazilians.

These skilful players ended up reuniting at Kaizer Chiefs, where their creativity has not been as evident, arguably because Amakhosi's current philosophy is not aligned to transitional play, but is dependent on set-plays.

'Scara' Thindwa on Kaizer Chiefs: 'I'll be honest with you‚ I don’t like the way they play'

Absalom “Scara” Thindwa says he hopes Kaizer Chiefs will return to beautiful football if they can win the league in 2019-20.
Sport
2 years ago

Jabu Mahlangu has put his head on the block and says Orlando Pirates will beat traditional rivals Kaizer Chiefs when the two sides meet in a highly ...
Sport
2 years ago

Manyama has given an impression that they'll counter Pirates' quick and entertaining football, that's similar to what made the trio household names, with the same approach.

"I am pretty sure that against Pirates it'll be a good performance from our side because we play an opponent that wants to play also," Manyama told Sowetan.

"You must look at who you playing against before you implement that enterprising football. For an example, last week we played a team with seven natural defenders [referring to Highlands Park]... then it's difficult to play good football."

Manyama also shed some light on why the combination he, Billiat and Maluleka forged at the Urban Warriors hasn't come to life at Naturena.

"That was like 10 years ago. We've since gone through different coaches who want different things. It's different teams also," he said.

"With all respect, you can't compare pressure at Ajax and pressure at Chiefs. At Chiefs the most important thing is winning, at the end of the day. A point feels like a loss."