Lehlohonolo Seema stands by wayward Rantie as he gets a trial 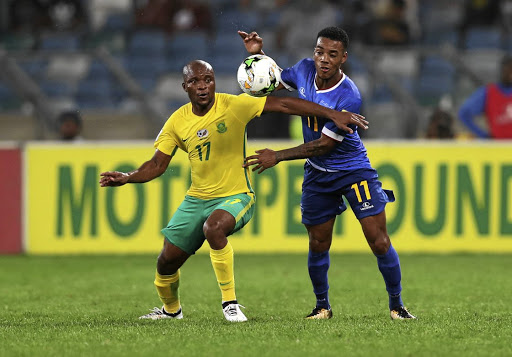 Bloemfontein Celtic coach Lehlohonolo Seema is willing to give wayward striker Tokelo Rantie a lifeline, despite his troubled past.

Rantie, who parted ways with Mamelodi Sundowns after going AWOL without even playing a single official game in January, is on trial at Celtic.

Seema has disclosed they may sign the ex-Bafana Bafana marksman if he impresses, insisting he won't judge him on his past.

"The fact that we invited him to trial with us means we appreciate his quality. If he does well during this assessment period, we will give him a chance to play for us," Seema told Sowetan yesterday.

"In life we all make mistakes. Sometimes we learn the hard way. There are a lot of players who have been given the second chance and used it correctly. So, I am not dwelling on the past with Rantie. The Rantie I met this week is prepared to start on a clean slate, hence we will take it from there."

Rantie's career has been plagued by ill-discipline. In January 2018, the 29-year-year-old walked out on his Turkish side Genclerbirligi, abandoning a lucrative contract to "focus on farming" in Free State.

Bloem Celtic coach Lehlohonolo Seema: ‘I am not talking about top 8’

Bloemfontein Celtic coach Lehlohonolo Seema says he will only start entertaining talks of finishing in the top eight when his team get to 30 points.
Sport
2 years ago

After almost nine months away from the beautiful game, Cape Town City lured Rantie back by offering him a three-year-deal in August 2018, but the Cape side terminated his contract three months later, citing his "personal problems".

Farouk Khan, who discovered Rantie through his Stars of Africa Academy in 2006, has urged his ex-mentee to grab the opportunity he's been given by Phunya Sele Sele with both hands.

"This is a fantastic opportunity for him to get his career back on track" Khan told Sowetan.

"I haven't seen him in a while, but we chat on WhatsApp. I have been saying this, people misunderstand Tokelo.

"He is a good boy. it's just that he's been unlucky with his private life."