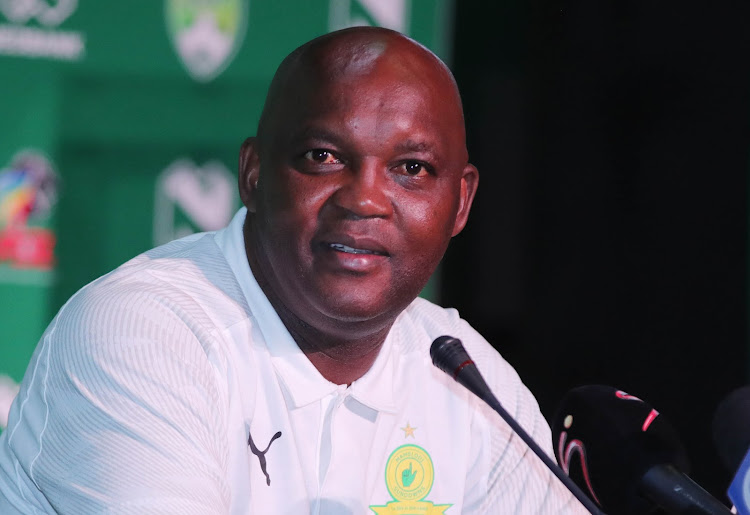 Mamelodi Sundowns were subjected to a fiery reception in Cairo in a match against Al Ahly this time last year and Pitso Mosimane is seeking to keep it all quiet and calm as he prepares to once again take on the Egyptian giants.

Sundowns thrashed the continent’s most successful side 5-0 in the first leg of their quarter-final tie last year and had to run a gauntlet of attempted retribution in the return match in Cairo‚ where Ahly believed they could come back from a large deficit but in the end only won 1-0.

It was a nasty experience as Sundowns were intimidated and threatened both on and off the field.

A year later and the two clubs meet again in the last eight of the Champions League‚ only this time the first leg is in Cairo and the return next week in Tshwane.

Sundowns resumed training on Wednesday after traveling overnight from Johannesburg to Cairo on Monday and resting up at their swanky Cairo hotel on Tuesday.

“We need to absorb the pressure‚” Mosimane warned‚ “sometimes there can be too much noise.”

He said he would be drawing from the team’s considerable experience as they compete in their sixth successive Champions League campaign.

This has been their best by far.

They became the first South African club to go through the group stage unbeaten as they convincingly won their group and ensured home advantage in the second leg of their quarter-final tie.

“We’ve improved on the road‚” added Mosimane‚ who said he was looking to model his approach in Cairo on Saturday on what Atletico Madrid did against Liverpool last week.

The Spanish side put up a solid wall that did not allow Jurgen Klopp’s side any space to play and then caught them on the counter-attack.

“I think it could be a day for the wingers‚” predicted Mosimane.