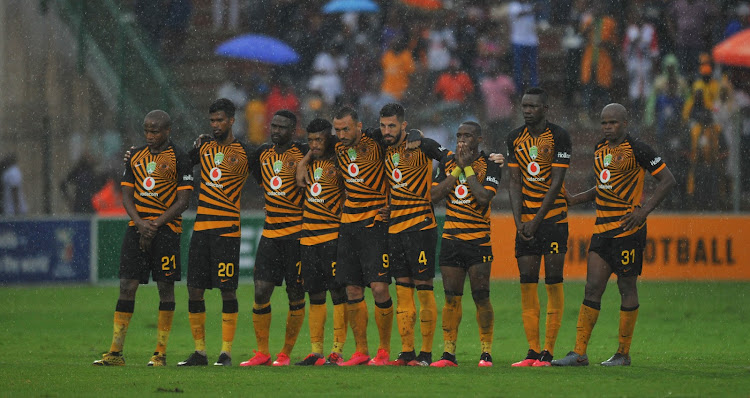 Kaizer Chiefs legend Absalom “Scara” Thindwa believes the current team need to keep a points buffer in the Absa Premiership if they want to be league champions‚ because Amakhosi do not have the experience to deal with too much pressure on them.

Chiefs have seen their lead cut from nine to four points in the past fortnight thanks to a 2-1 home defeat against Maritzburg United‚ and third-placed Orlando Pirates and second-placed defending champions Mamelodi Sundowns winning matches.

Chiefs coach Ernst Middendorp has admitted that reduction‚ plus going out of the Nedbank Cup in a penalties defeat against Highlands Park on Saturday‚ have ramped up the stakes in Saturday’s league Soweto derby against Pirates at FNB Stadium.

If Chiefs lose against their arch-foes‚ they will have their lead against Pirates cut to three points. They will remain four points ahead of Sundowns‚ but have played a game more.

Amakhosi have the added pressure of having gone an unprecedented four seasons without silverware‚ which they are aiming to reverse in their 50th anniversary season.

Thindwa said Chiefs – who do not possess the player quality in their squad at present of Pirates and Sundowns‚ and certainly cannot match Downs for trophy-clinching experience – can win the league‚ but need to steer clear of being under too much pressure at the top.

“They can win it‚ but it would depend on whether they would be consistent‚” the 1980s Amakhosi legend said.

“They have lost a game or so – that should not happen because it gives Pirates and Sundowns a chance to catch up.

“And it puts pressure on the young players who are playing at Chiefs‚ and you don’t want that.

“If they had a lot of experienced players‚ the players would say‚ ‘OK‚ we’ve made a mistake‚ let’s make sure we win the next game’. Then they can still win it.

“I don’t know whether they have that or not‚ because I’m far way from them.”

Chiefs have some big matches in their final 10 league fixtures. After Pirates on Saturday‚ they play fifth-placed title dark horses Bidvest Wits home (March 18) and away (April 24) and Sundowns at home on April 15.