Do not write Wits off, warns Pelembe 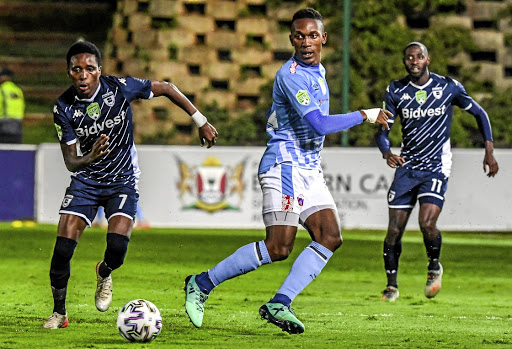 Bidvest Wits winger Elias Pelembe has warned the prophets of doom to write the Clever Boys off in the title race at their own peril, reiterating they have what it takes to win both the league title and the Nedbank Cup.

Wits' next league fixture is against SuperSport United at Mbombela Stadium on Saturday (8.15pm).

The Students and Matsatsantsa are level on points, however, the former in position four on the log, boast a better goal difference but have played four games more.

The university outfit are also in the quarterfinals of the Nedbank Cup after beating Chippa United 2-0 in the tournament's last 16 on Monday, when Thulani Hlatshwayo and Phathutshedzo Nange were on target.

Bidvest Wits’ outside chances of a league title are fast dissipating, being held to a 2-2 home Absa Premiership draw by industrious Highlands Park at ...
Sport
1 year ago

Oozing confidence, Pelembe, who put in a man of the match shift against Chilli Boys, has issued a warning to those who believe Wits are out of the title race.

"We want to win both cups [the league and the Nedbank].

"I don't know why people are writing us off because we still have 12 games to play and we still have to play other teams who are in the race [referring to the likes of Chiefs, whom they still have to face twice, SuperSport and Orlando Pirates]," said the Mozambican.

"I think we have the required quality to compete with any team and win any trophy on offer. We will keep fighting and we are not going to stop fighting until the end of the season."

Pelembe, 36, may already be on the wrong side of 30, but he feels he can still continue playing for several seasons. The tricky winger won three league titles at SuperSport and added one at Wits.

"The energy is still there. I just need to take care of my body, always be on good shape. I believe I can still play for a few seasons, I love football," Pelembe noted.