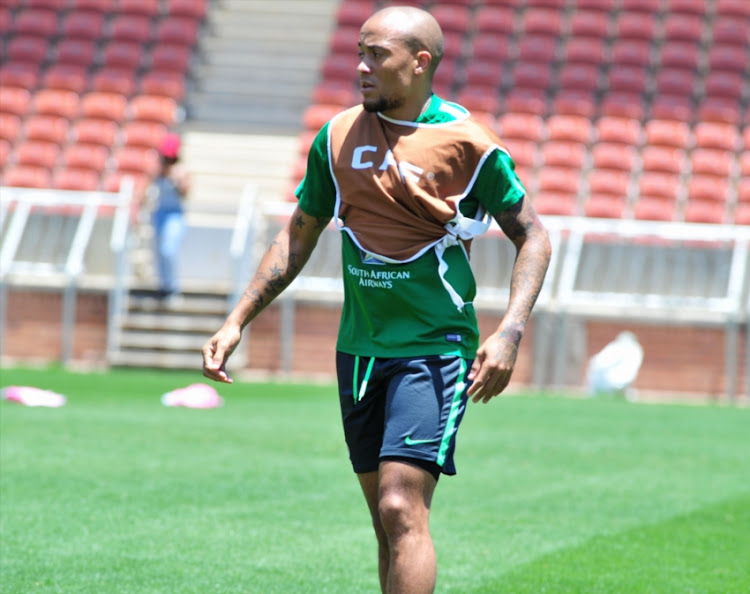 Bafana Bafana striker Dino Ndlovu should be getting ready to kick-off his new season at Chinese club Zhejiang Greentown this weekend‚ but instead will be out of action for an indefinite amount of time with the league on hold.

The Chinese Football Association has decided to suspend all football in the country due to the coronavirus outbreak‚ and has not given any sort of timeframe for when they might resume.

That will depend on how long it takes authorities to get the spread of the virus under control‚ which for the moment shows little sign of abating.

SowetanLIVE has attempted to make contact with Ndlovu without success.

He is based in Hangzhou‚ some 750-kilometres from the epicenter of the virus‚ Wuhan‚ but it is far from business as usual in his city.

China has placed half a billion people‚ or around 10 times the population of South Africa‚ on either partial or total ‘lockdown’‚ restricting their movement to try and stop the spread of the virus.

It means that households under total lockdown can only send one person out into the streets every three days to buy groceries‚ otherwise they must remain indoors. Neighbours are given financial incentives to report people who do not follow these strict orders.

It has created a humanitarian crisis that has so far seen 79‚331 people infected‚ causing 2‚618 deaths world-wide‚ according to the World Health Organisation‚ with most in China.

But is has also had a massive impact on sport and could yet see the postponement‚ or even cancellation‚ of the Tokyo 2020 Olympics in neighbouring Japan.

The World Athletics Indoor Championships scheduled for China next month have already been postponed‚ as has the Chinese Formula 1 Grand Prix that was to have taken place in April.

Asian Champions League matches involving Chinese clubs Guangzhou Evergrande‚ Shanghai Shenhua and Shanghai SIPG have been postponed‚ while China's 2022 World Cup qualifiers against Maldives and Guam next month will be played behind closed doors in Thailand.

Vietnam is not allowing any sport to the staged in February as authorities fear the mass assembly of people could help spread the virus‚ while the South Korean league has followed China and postponed the start of their competition.

The virus has now hit Italy with Serie A matches to be played behind closed doors‚ which followed the complete cancellation of four games on Sunday‚ including Inter Milan vs Sampdoria.

The Singapore and Hong Kong legs of the Rugby Sevens World Series have been moved from April to October‚ while events in tennis‚ badminton‚ boxing and golf‚ which includes two European Tour tournaments‚ have also been postponed.