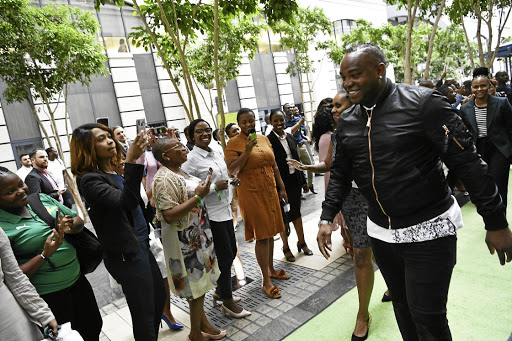 With many backing Kaizer Chiefs, Orlando Pirates and Mamelodi Sundowns to challenge for the Absa Premiership title, ex-Cape Town City coach Benni McCarthy feels the league is still wide open for any of the top-five teams.

McCarthy, who won the league title with Pirates in 2012 before retiring, feels the top-three teams will still drop points in the race as they have to face each other.

Pirates will meet Chiefs next Saturday, and Amakhosi still have to play Wits twice.

Sundowns still have a date with Pirates and Chiefs, and a trip to Maritzburg awaits the Brazilians too. This is the reason McCarthy feels Wits and SuperSport are also in the mix.

"The PSL is exciting. It's far interesting than the English Premier League at the moment," McCarthy, who was named the Nedbank Football Finance Summit ambassador in Sandton, said yesterday.

The summit is a thought leadership and networking platform created to discuss topics on football and finance.

Benni McCarthy: 'It is Kaizer Chiefs’ league title to lose'

Benni McCarthy believes that long-time leaders Kaizer Chiefs are favourites to win the league title this season.
Sport
2 years ago

Percy Tau has been named in Club Brugge’s squad for the start of the Uefa Europa League knockout rounds as the Belgians face off against English ...
Sport
2 years ago

"The (English) Premier League is a one-horse race, here people may count Wits and SuperSport out of it. But I still think teams will run each other down. Chiefs will drop points, Pirates will drop points and Sundowns might still drop points, especially with the Champions League knockout matches coming up.

"So, the focus will shift at some point and it will open a door again for teams like SuperSport and Wits."

McCarthy, however, believes Chiefs still have the upper hand in the race. "It is still Chiefs league title to lose."

The 42-year-old also explained why he rejected a move to join his former team Ajax Cape Town as a head coach recently.

"Taking the Ajax job, I would have taken it for the wrong reasons.

"I would have taken it just to prove a point that my previous bosses made a mistake or whatever. If you take a job, you think it is the right project for you," he said.

"I can make them better players, I can help them win the GladAfrica Championship and that was none of the things I was feeling."