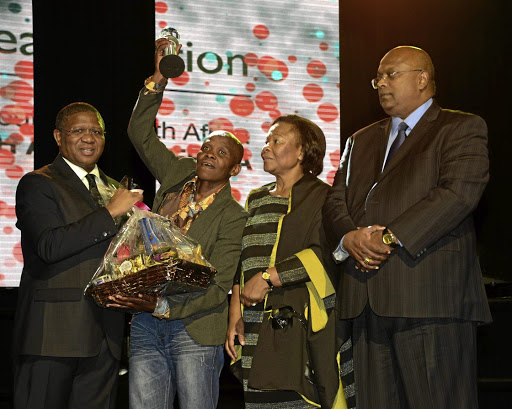 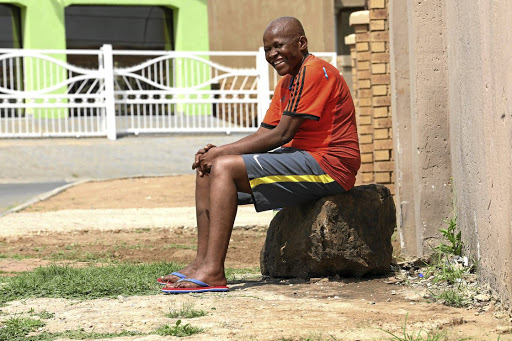 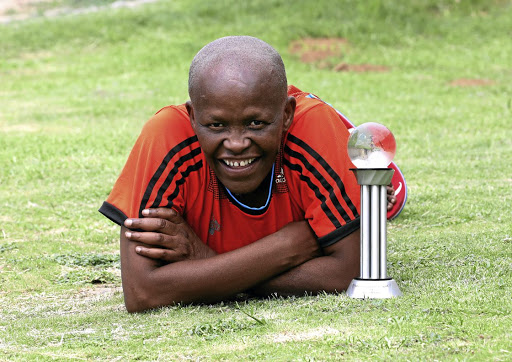 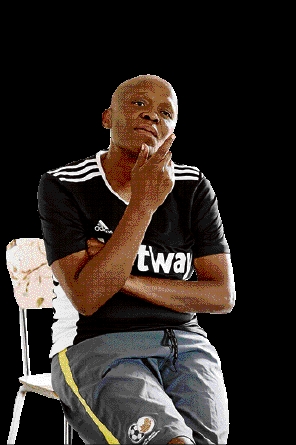 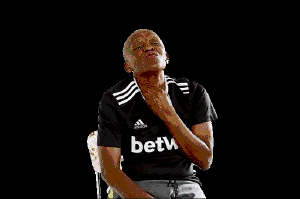 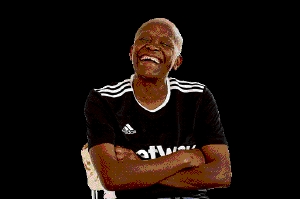 It's a ground-breaking achievement after many years of women's football playing second fiddle to its male counterpart. Although it has been evident from the word go that SA women footballers are potentially world-class material, the ladies' side has never enjoyed benefits that men's football take for granted, such as dedicated sponsors and regular TV coverage.

There was simply no will by the paternalistic football association to promote women's soccer, particularly to full professional level. Accusations of sexual harassment have also marred the good name of women's football.

Consequently, one of Banyana's former coaches, Augustine "Mthakathi" Makalakalane, was shown the door after a litany of complaints including being homophobic against lesbian players and demanding sexual favours from others.

Gloria Hlalele, 54, one of the trailblazing and celebrated personalities of ladies' soccer in the country, has been among those who have been vocal against such abuses.

Many professional footballers often fall on hard times at the end of their careers but the Betway has introduced the 12th Man programme to empower ...
Sport
2 years ago

And for years she was one of the advocates for the establishment of a national women's association with sustainable sponsorship and decent playing conditions. She believes that the league is a trailblazing step in the right direction.

One of the skilful players of her generation, Hlalele was a football prodigy at the time when it was not fashionable for women to play the game.

The Tembisa-born football sensation was barely in her mid-teens when her sublime talent was noticed by scouts.

But this was in the early 1980s and the sight of a girl playing street soccer with boys was a very rare one indeed. However, she stood out to be counted among the best and confounded the doubting Thomases.

One of those scouts, Abram Tsheola, was impressed by her on-field exploits and he invited her to play for Tembisa PUBS, a team that was playing in the local league.

"I was only 15 at the time and my mother had misgivings about me playing for a men's team. She warned the official that there would be trouble if I got injured. I realised that playing alongside older male players was sometimes physically daunting. But I worked hard and gave my best in every match."

Her reputation as a young woman who could beat older men at their game inspired the formation of Gloria FC in the mid-1980s. Unsurprisingly, the enterprising player captained the club and also played a role of coaching and training her teammates.

Her youthful looks earned her the nickname "Sweet 16", a moniker she says was coined by former Sowetan sports writer Molefi Mika. It has survived to this day although it has since been shortened to "16".

"We were a star-studded side and won most of the games regardless of the reputation of the opponents," she recalls.

Gloria FC produced some of the best footballers to have ever played in the professional ranks. They included Tumelo "Ryder" Mofokeng (Tembisa Classic/Mamelodi Sundowns), Jury Bantwana (Giant Blackpool), Sputla Nong (Amazulu) and Joel Ranyawa, who later starred at Amazulu.

Sadly, she could only watch with a mixture of pride and envy as these teammates were signed with professional teams and enjoyed the spotlight that came with big-time soccer. And it didn't matter that she was a better player than some of them.

Being a woman meant that she was restricted to only compete in amateur ranks.

"It was a painful experience. Soccer bosses like Kaizer Motaung and Jomo Sono publicly said that they would sign me any time. But the rules didn't allow a woman to play professional football. It was very disappointing."

Some of her highlights with Gloria FC involved coaching the team's under-12 side. She guided the juniors to top spot of the 1988 Chappies Little League, recognised by Guinness World Records in 2003 as the world's largest football association at the time.

Launch of the "12th man" a big boost for football legends

They were runners-up in the previous year and in 1990 they played as curtain raisers during the Bob Save Cup final between AmaZulu and Cosmos.

The latter won 1-0. As a striker, she formed a deadly combination with Ranyawa. When he was sold to AmaZulu, the move marked the beginning of the end for Gloria FC.

"At the end of the day money won. Anyway, that's what the club officials were interested in," she explains with no hint of sarcasm in her voice. In 1993 she was among players who came together and formed the Soweto Ladies FC, a formidable side whose line-up included talented players like Patricia Kgaratsi, Phumla Masuku, Sibongile Khumalo, Fikile "16 V" Sithole and Anna Monate, also from Tembisa.

Their finest moment was the same year they came together. They beat the United States' star-studded women's national squad in the finals of the Gothia Cup champions in Sweden, and were crowned 1993 champions of the annual international youth tournament, the biggest soccer tournament in the world.

Gloria scored the winning goal and was declared Player of the Tournament. "After the games, officials of a Swedish team were interested in signing me but I suspect that our own official blocked the move. He thought someone else was more deserving. These are some of the sad episodes in my life as a female player."

Back home, Soweto Ladies was unbeatable and it came as no surprise when it became the foundation side of Banyana Banyana, the national women's squad. She captained the team, with Fran Hilton-Smith as the squad's first coach.

Banyana legends planning to start a football academy for girls

A former player and musician, the Germiston-born mentor guided them to memorable victories, including thrashing their Swaziland counterparts 14-0 on May 30 1993. She scored eight of the goals. "We were on fire and our opponents didn't understand what was happening. We humiliated them."

Before that they had hammered a Noordgesig, Johannesburg, side 13-0 with Gloria scoring 10 of the goals. In 1995 and 2000 they won silver at the African Women's Championship. Unfortunately, she only played few games. Her official record indicates that she played five international games and scored four goals.

Gloria was 36 when she officially hung her boots but continued with soccer development in schools and the community.

"Age was no longer on my side, but I felt unwanted in the team even though I was part of its formation. Safa officials told me that it was time to focus on getting some academic qualification although they were not interested in paying for my fees. I was treated shabbily by people who had the power as soccer administrators but were not really interested in the development and future of the game, particularly women's football."

Over the years her brilliant career had earned her several trophies, medals, certificates and other accolades. Unfortunately, most of them were stolen when thieves broke into her Tembisa home a few years ago. "It's an incident that still hurts whenever I think about it. I find it difficult to understand how someone could find value in such a personal possession such as a medal. It doesn't make sense."

As part of her journey in soccer development, in 2014 Gloria was involved in the Let A Girl Child Grow Tournament, a five-month competitive football event that was initiated by the department of social development in partnership with other government organs in the Ekurhuleni area.

The campaign was launched with the aim of boosting the self-esteem of teenage girls through football. Hlalele's role was to oversee the coaching of the children in their various teams. "They inspired me to consider football development on a full-time basis."

At the rate SA women's football is exporting players to Europe, this year promises to be a prosperous one for Banyana Banyana.
Sport
1 year ago

Gloria is currently coaching and training an under-9 junior side in neighbouring Kempton Park as part of her role in grassroots soccer development. In February last year, she was appointed ambassador of Betway 12th Man campaign, a skills training campaign initiated by former Leeds United and Bafana Bafana skipper Lucas "Rhoo" Radebe in partnership with betting company and sponsor Betway, as well as sports agency Forwardzone.

The six-month training programme drafted 10 ex-professional players and equipped them with a variety of technical skills and qualifications that had boosted their chances of employment and more meaningful involvement in their community-based youth development projects.

"I thank Lucas Radebe for the programme. It was a life-changing experience for me. The exposure to the various workshops has opened my mind and I now understand my potential better as a development coach, and most importantly I know how to apply the knowledge and training I have acquired in a practical way," she says, adding that the programme helped to revive public awareness of her personal brand.

The campaign reunited her with her former Soweto Ladies FC playmates Khumalo and "16 V" Sithole. It also included ex-Banyana Banyana stars Portia "Bashin'" Modise and Khabo Zitha. Half of the participants were men and among them Steve Lekoelea, Alfred Phiri, Steve Sekano, Edward Motale and Andries "Chaka Chaka" Mpondo. At least three of these players were fortunate to have represented South Africa on international stages.

Lekoelea was a member of the illustrious under-23 squads that beat Brazil 3-1 at the Sydney Olympics in 2000. Motale was part of the revered national side that lifted the African Cup of Nations trophy in 1996 while Phiri spent six seasons in the Turkish league, and as Bafana Bafana player he was in the squad that campaigned at the 1998 Fifa World Cup in France.

"The Betway 12th Man is an important initiative that gives back to these legends who have invested so much in the game. Our football is where it is today because of the time and effort they gave and I have to applaud Betway for recognising them with essential skills in such an impactful manner," said Radebe.

The event didn't disappoint as teams of legends and senior citizens entertained spectators with dazzling skills and awe-inspiring talent.

It was a moment for the women's soccer fraternity to express their appreciation and gratitude to Gloria for her pioneering contribution to the game.

But it was also an occasion for other ex-players to express their disappointment with the treatment they received in the hands of unscrupulous Safa officials. Some tearfully recalled how they sacrificed school for football while others remembered the meagre salaries for their sterling performances.

They wanted to know why there was so little support despite the abundance of brilliant talent among women footballers. Hlalele revealed how at some stage she lost interest in the game "because I was tired of starting things and watch them being taken away from me. But I'm ready to get involved in any team that might be interested in me".

However, her sacrifices and those of her peers were not in vain. They have paved the way for a new generation with greater opportunities. And it is testimony to the country's football genius that within a few months in the first season of the women's league, at least 11 local players are in the books of European clubs. These include Jermaine Seoposengwe (Real Bestis, Spain), Kelso Peskin (Toulouse FC, France), Thembi Kgatlana (Benfica, Portugal) and Linda Motlhalo (Djurgarden, Sweden).

"It's great that women's football is representing us overseas but for real progress to happen in the new league, soccer officials need to change their attitudes towards us. We deserve respect and better treatment," she concludes.