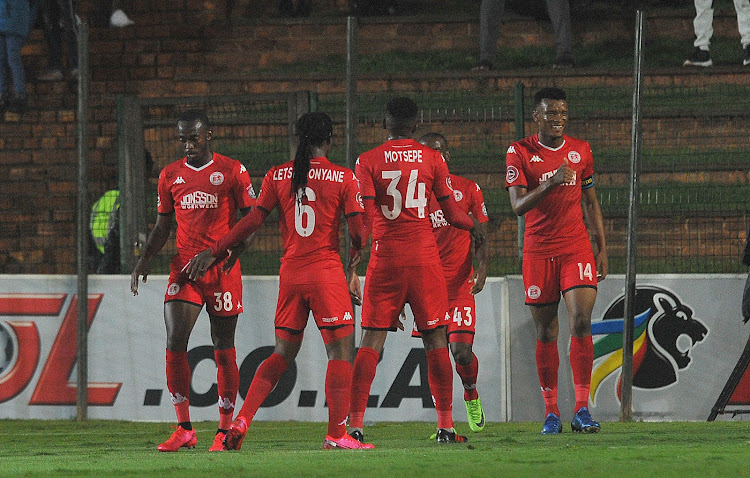 Bidvest Wits’ outside chances of a league title are fast dissipating, being held to a 2-2 home Absa Premiership draw by industrious Highlands Park at Bidvest Stadium on Wednesday night.

This followed a 1-0 home defeat for Wits – who beat Baroka FC 1-0 on the road on Saturday –Maritzburg United at Bidvest last week.

The result leaves fifth-placed Wits, who have suffered again from poor home form this season, on 34 points from 18 games, well off the pace of leaders Kaizer Chiefs (45 points from 20 matches).

Mothobi Mvala put Highlands ahead in the 27th minute, Elias Pelembe equalising two minutes into first-half injury time in a match played in a slippery pitch from driving rain in the opening stages.

Captain Thulani Hlatshwayo put Wits’ ahead in the 50th. Peter Shalulile earned the 86th-minute penalty from which he equalised.

Highlands dominated play in the first half against a disjointed Wits. 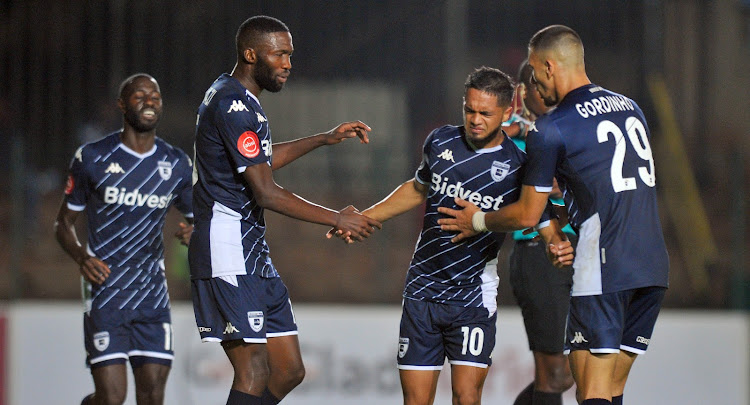 Hashim Domingo celebrates after scoring but the draw is a massive blow for the club's title hopes.
Image: Sydney Mahlangu/BackpagePix

Highlands enjoyed rare territorial advantage on the Clever Boys’ home ground, and a dual challenge from Lorenzo Gordinho and Buhle Mkhwanazi could not stop Park’s Shalulile forcing a save from Petersen.

But seconds before the break Wits snuck a goal they had not really deserved, Pelembe’s cross finding Gordinho at the far post to head across his box, as Haashim Domingo cracked a volley past keeper Marlon Heugh in from the edge of the area.

Wits seemed intent on capitalising on the lifeline of an extra-time goal.

They doubled their tally five minutes in after the break, Deon Hotto’s cross from left midfield finding Hlatshwayo free on his overlapping run down the right, who chested and finished low under Heugh.

The Clever Boys improved noticeably in their passing rhythm and attacking structure in the second half – substitutes  Sameehg Doutie and Mxolisi Macuphu both testing Heugh - without overrunning hard-working Highlands.

With the clock running down, though, Shalulile was brought down by Hlatshwayo – the Bafana skipper’s second crucial defensive error of the game.

The Highlands striker got up to strike into the top-right corner past Petersen.