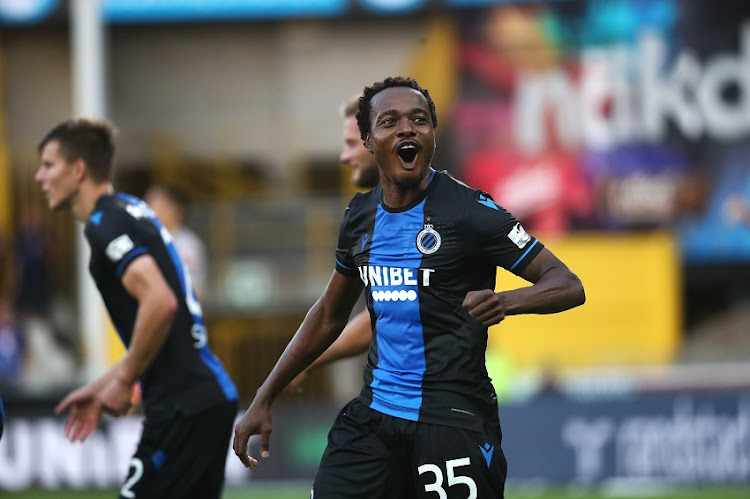 Percy Tau’s adventures this season have taken him already to Real Madrid’s Santiago Bernabéu Stadium and the Parc des Princes in Paris - and now he has Old Trafford in his sights.

Tau’s Belgian team, Club Brugge, have been drawn against Manchester United in the last 16 of the Europa League. They will host the first leg on Thursday, before going to the UK for the return one week later on February 27.

It is another potential stage for Tau to display his skills, although he is battling to secure a first-team slot after failing to make the starting line-up in Brugge’s last four matches.

After sitting out three successive matches, he was used for much of the second half against Waasland-Beveren on Saturday, as Brugge scored six minutes into stoppage time at the end of the game to win 2-1. It helped them keep up a nine-point lead at the top of the league standings.

Mamelodi Sundowns coach Pitso Mosimane says the release of former president Nelson Mandela from prison just over 30 years ago has yielded many ...
Sport
1 year ago

Tau last started a game at the end of last month - and has not scored since December 15.

His club have since signed a new striker from the Czech Republic. The 26-year-old Michael Krmencik cost 6.5-million euros (R106m) and has started the last three games - relegating Tau down their list.

However, the unpredictability of the South African international might see him play against Manchester United, Belgian newspapers were predicting on Tuesday.

The visit of Manchester United to Belgium is generating plenty of excitement - especially after the Red Devils won at Chelsea in the Premier League on Monday.

"The Europa League is important for Manchester United, so they will give everything against us,” predicted Brugge coach Philippe Clement.

“But we will play our own game and give our all. I'm really looking forward to this. One thing is certain: our stadium will be sold out. It's a new challenge for my squad. I hope I will be celebrating afterwards.”