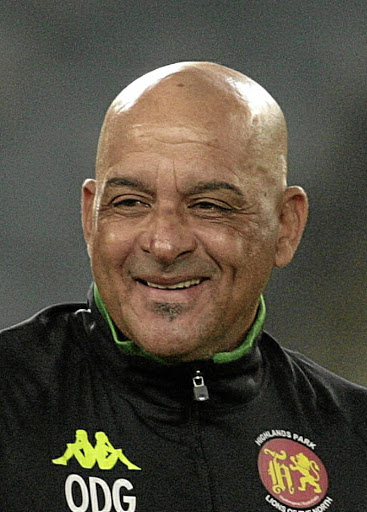 Whether one agrees or disagrees with Owen da Gama when the shrewd football mentor talks about Highlands Park, the conclusion remains his parting shot: "We are still on a learning curve."

Da Gama has repeatedly said this of his team. Basically, he is neither raising any hopes or dampening the spirits of his players. But the truth is, whatever the outcome, Da Gama would have warned you.

In a way, his modesty and the respect he always gives to the opposition, have made some of his opponents drop their guards and he punished them.

The Lions of the North will visit Bidvest Wits at Bidvest Stadium tonight in what could be a thrill-a-minute of the PSL fixture, and that is based on the fact that both sides will want to continue where they left off last weekend.

The Students did the numbers on Baroka with a narrow 1-0 win while Highlands Park drubbed Bloemfontein Celtic 2-0. Wits occupy fifth spot on the table. "Wits are a very good team with massive experience under a very experienced good coach. One thing is certain, when playing such teams, learn and grow as a club," said Da Gama.

"We will continue working hard and be prepared to learn as we go along. This is only our second season in the Premiership. It is therefore very difficult for me to make any predictions, especially playing three games in seven days. It all depends on the recovery of the players."

Da Gama's squad has grown in terms of depth in that he is now able to rest veterans like Tapiwa Kapini (goalkeeper), Tendai Ndoro, and Reneilwe Letsholonyane, while giving game time to youngsters like Marlon Heugh, Peter Shalulile and Lindokuhle Mbatha.

Shalulile scored a brace in Saturday's 2-0 win over Bloemfontein Celtic.

Whether one agrees or disagrees with Owen da Gama when the shrewd football mentor talks about Highlands Park, the conclusion remains his parting ...
Sport
2 years ago
Next Article