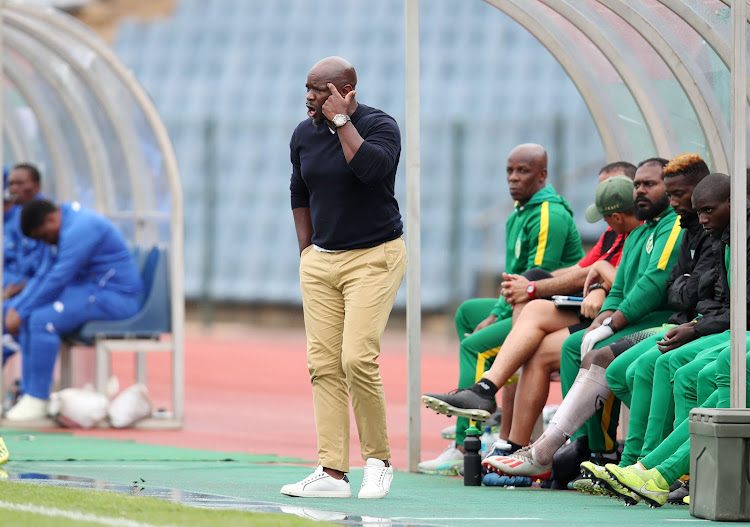 Steve Komphela says the winner of this year’s Premier Soccer League title will be the team with the strongest mind and toughest resolve.

With four clubs realistically still in the race - leaders Kaizer Chiefs‚ Orlando Pirates‚ champions Mamelodi Sundowns and Bidvest Wits – a blockbuster finish to the league race is on the cards‚ especially after Chiefs’ runaway lead evaporated in the wake of last weekend’s results.

Komphela’s Arrows have their sights set only on a top eight place‚ well out of the title race‚ but having coached in the PSL for some 15 years‚ the ex-Chiefs boss knows a thing or two.

“If you look at it from a realistic point of view‚ the gap difference now is seven points and Sundowns have a game in hand.

“Hypothetically speaking if they win that‚ then it’s just four points.

"That’s very interesting. And then Sundowns must still play Chiefs. That means the competition becomes fierce and then it becomes a mental issue‚” Komphela said.

“At the beginning of the season‚ it’s about the physical part of the game; how coaches prepared their teams in the pre-season and all that.

“Then it comes tactical‚ as it all begins to gel after six weeks or so of the season. And then the technical ability of the players‚ the physical conditioning and the tactical part is very key

“Then‚ towards the end‚ as is now‚ the final leg of the season is nothing else but mental.”

Komphela added it was often the case that players were stress free through the first half of the season but then struggled with the pressure when the business end of the competition rolled around.

“They become jittery‚” he said.

“Coaches in the final leg of the season need to work on the mindset of the players. The championship chasers who are stronger mentally will come through.”

Factors to deal with‚ added Komphela‚ are multiple.

“Pressure of expectation from supporters‚ pressure from within the club for success and external pressure too.

"There is the issuer of pride.”

Gabadinho Mhango has given credit to strike partner Luvuyo Memela‚ whose service the Orlando Pirates centre-forward says has played a role in his own ...
Sport
2 years ago
Next Article