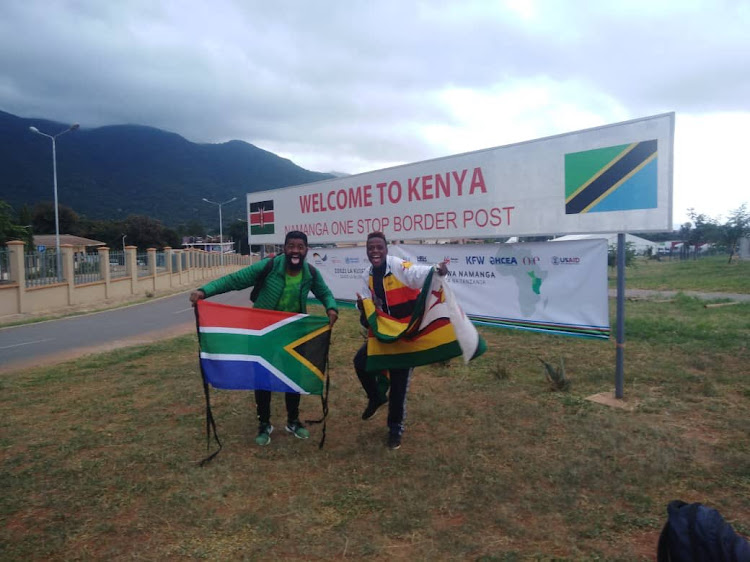 South African superfan Botha Msila attends so many soccer matches around the country that many often wonder how he finances his trips to numerous venues in SA.

Botha‚ well-known for his hitch-hiking to countless Premier Soccer League (PSL) games in a weekend‚ revealed in an interview with Robert Marawa on the host’s Marawa TV that he has often relied on players like Andile Jali‚ Keagan Buchanan and Tintswalo Tshabalala‚ among others‚ to pay for his travels.

The No1 Bloemfontein Celtic supporter with his trademark white shower cap and green-and-white overalls said Jali helped him when he didn’t have to.

“I am doing this out of my pocket‚" he said.

"I am doing this out of asking from people at different stadiums.

"So many players like Tintswalo Tshabalala and Andile Jali played a role in assisting me‚” said the unmarried father of two children.

"In fact‚ when Bafana was playing in Durban‚ and Jali was still playing overseas at the time‚ he asked me if I am going to the game‚ and I said yes‚ and he said I am going to send you R2,500 via eWallet for accommodation and transport.”

The superfan‚ who is known for his passionate non-stop singing with masses of crowds at PSL games‚ also spoke of how other supporters go to games because of him.

"I will go to watch Martizburg [United] play Platinum Starts. You get to Maritzburg and you are in town. Some fans will see you‚ and say sorry Siwelele‚ who is playing today?

"And it is a person staying in [Pietermaritzburg] asking me this. I say [Maritzburg United] and Platinum Stars. At what time‚ they will ask me. At half-past seven.”

“Do you have a ticket for me? He will ask. My bra‚ I just arrived in Maritzburg. I was hiking from Bloemfontein. I don’t have a ticket.”

“For him to go to the stadium‚ I must make sure I get him a ticket.

"They tell me the marketing of games is poor. They are only told when (Kaizer) Chiefs‚ (Orlando) Pirates‚ (Mamelodi) Sundowns is playing in Maritzburg.

The hitch-hiker‚ who religiously frequents PSL games‚ says it is through the small and sometimes bulk contributions from players and other football-loving fans that he pays his bills.

“The passion I have pays the bills‚” he said.

Msila has decided to take a break from attending games and rest at home after he admitted that the trip he took from Cape to Cairo for last year’s African Cup Of Nations in Egypt drained him “mentally‚ physically and health-wise.”

“For me to sit at home‚ I just want to regain more energy and strength and power‚ and come back like nobody’s business.”

Vincent Pule forced an injury-time own-goal from substitute Thabiso Mokoena as Orlando Pirates performed a smash and grab to defeat ...
Sport
2 years ago

Stellenbosch FC coach Steve Barker praised a growing maturity in his squad as the PSL new boys dispatched SuperSport United on Friday to move into ...
Sport
2 years ago
Next Article