Pirates are under no pressure - Josef Zinnbauer 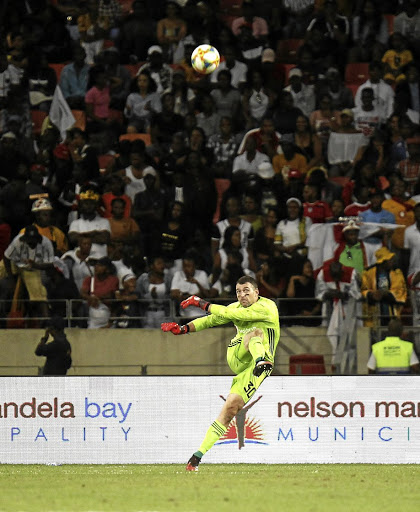 The Buccaneers have set up an explosive derby at the FNB Stadium on February 29 which will likely alter the nature of the title race.

The gap between the teams was reduced to just six points after Chiefs lost to Maritzburg United while Bucs edged Black Leopards 1-0 in Venda.

The win at the Thohoyandou Stadium came in rather fortuitous fashion as Thabiso Mokoena scored an injury-time own goal to hand the Sea Robbers the points.

"We don't have pressure at the moment. We are glad to play Chiefs next. Chiefs are a little bit under pressure after losing," Zinnbauer said.

Vincent Pule forced an injury-time own-goal from substitute Thabiso Mokoena as Orlando Pirates performed a smash and grab to defeat ...
Sport
1 year ago

Chiefs’ coach Ernst Middendorp and his new Pirates counterpart and countryman Josef Zinnbauer have met and become friends, they say, playing down any ...
Sport
1 year ago

"We are focused on the next game. For now it is Chiefs, but we do the same with other opponents. We don't look at the title or if Chiefs or [Mamelodi] Sundowns can be chased down. I hope we put on a good performance for the supporters and collect another three points."

In the match in Venda, the Buccaneers were kept in the game by goalkeeper Wayne Sandilands who pulled off some incredible saves to keep his team in the game.

Zinnbauer praised the stopper for his top performance at the hostile Limpopo venue.

"This time we had Sandilands and we had the luck. He had a top performance for our team. He kept us in the game which is good for us," he said.

Pirates are unbeaten under Zinnbauer in the league and are currently on a six-match winning streak. Since he took over, Zinnbauer has taken Pirates from seventh in the league to second position. Fans are starting to dream about winning the league.