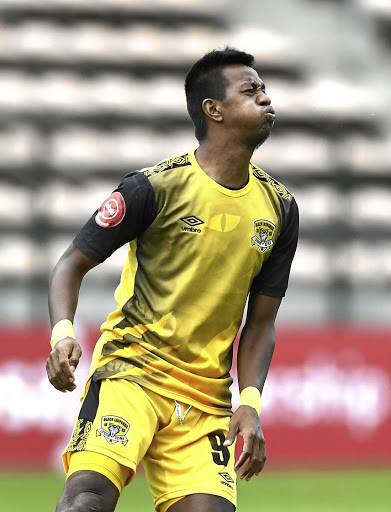 Andriamirado Andrianarimanana of Black Leopards will miss two Africa Cup of Nations qualifiers for Madagascar, along with the rest of the Absa Premiership season./Ashley Vlotman/Gallo Images

Despite being banned by Fifa, Black Leopards midfielder Andriamirado "Dax" Andrianarimanana will still receive a salary from the club.

Dax was slapped with a four months ban and ordered to pay close to R600,000 in compensation costs he must share equally with Kaizer Chiefs.

This after his previous club Fosa Juniors complained to Fifa that Dax left them for Chiefs in June 2018 without compensation.

According to a source close to the saga, Leopards and Dax reached an agreement for him to be paid during his four-month ban.

Banned for four months and with his season effectively over, Leopards midfielder Andriamirado "Dax" Andrianarimanana did not sound too bothered about ...
Sport
2 years ago

"Dax and Leopards have sorted out their issues. I can't confirm how much he will be getting, but what I know is he will still be paid," a source said.

Sowetan contacted Leopards general manager Tshifhiwa Thidiela, but he was unwilling to comment on how they are going to pay Dax.

"We are not going to discuss those things. I can't go and discuss his personal issues," Thidiela said.

Dax's manager Paul Mitchtel was also not ready to comment. "This is confidentiality for our client and it will remain just like that... He is still training with the club and there's nothing more I will say about this."

The ban, meanwhile, means Dax will miss two Africa Cup of Nations qualifiers for Madagascar, along with the rest of the Absa Premiership season.

Madagascar will first play Cote D'Ivoire on March 23 away and Ethiopia on June 1, also away.