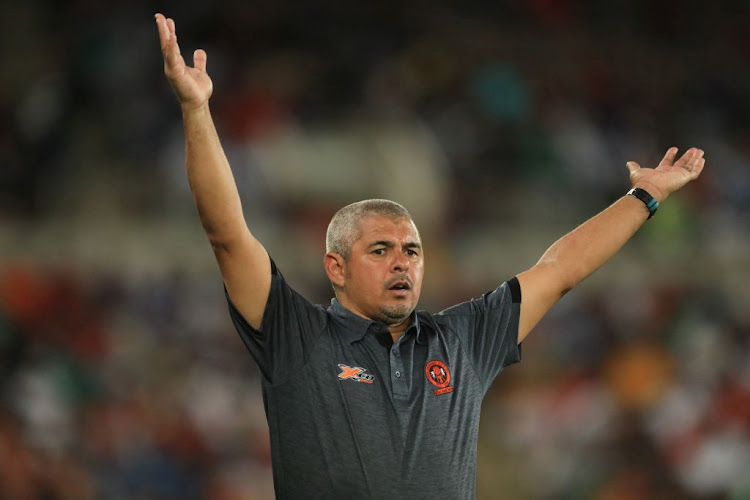 Polokwane City’s exit from the Nedbank Cup at the hands of local rivals Baroka FC on Tuesday will have come as little surprise given the wretched form of the side this season, which has led to an astonishingly poor run of results.

City are languishing at the foot of the Absa Premiership after a strong start to the campaign that briefly saw them lead the table after a 1-0 away win at Kaizer Chiefs on September 14.

But since that excellent victory, their form has tanked in dramatic fashion and they lost 15 of their next 17 games in all competitions, with a single victory and a draw as well.

They have managed only 10 goals in that time, and one in the past five games, while at the other end they have shipped 28.

“It has been the story of our season so far, creating chances and not putting them in the back of the net,” City coach Clinton Larsen told reporters in the wake of their Nedbank Cup loss.

“All we can do is keep working. The boys work very hard at training and what I am happy about is they have transferred our training performances to the match.

“It was a good performance, but again, one chance created by the opponents results in a goal.”

City face some crucial games coming up to try to arrest their slide, hosting fellow strugglers Cape Town City on Sunday, before a home match with provincial rivals Black Leopards on March 1.

They then travel for a dreaded Friday night clash at Maritzburg United, before another home meeting with Chiefs.

After that, City must still play SuperSport United, Mamelodi Sundowns and Bidvest Wits this campaign, a tough run-in that suggests they need to find some immediate league form.

Chippa United marksman Augustine Kwem wants aspiring players from lower leagues who are eager to make it to the top-flight to draw inspiration from ...
Sport
2 years ago

Pitso gets his wish in cup draw

Coach says he did his homework on Arrows.
Sport
2 years ago
Next Article