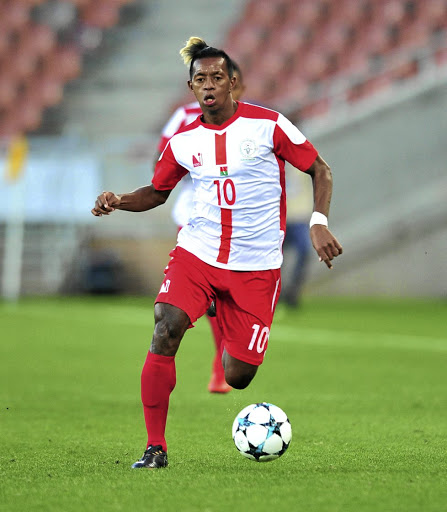 In a statement they released, Juniors were pleased with the outcome after Fifa barred Chiefs from recruiting players until June 2021.

Fosa complained to Fifa after Dax left them for Chiefs in June 2018 without compensation. He currently plays for Black Leopards in the Absa Premiership.

Dax was also slapped with a four-month ban and ordered to pay close to R600,000 in compensation - costs he must share "equally and severally" with Chiefs, according to Fifa's ruling.

Banned for four months and with his season effectively over, Leopards midfielder Andriamirado "Dax" Andrianarimanana did not sound too bothered about ...
Sport
2 years ago

A statement from the club reads: "Fosa Juniors takes note of this historic decision, and we are pleased that justice is done. From now on, no illegal transfer of a Malagasy player will go away.

Fifa found that Dax's contract with Fosa was valid, despite his protestation that his signature was forged and that he was a free agent.

Chiefs have already made it clear that they will appeal against the decision as they feel they haven't done anything wrong, but their role in the saga was highlighted by Fifa, who found that Amakhosi enticed the player to dump Fosa and relocate to Johannesburg.

The drama, which also saw Dax being arrested twice in Madagascar in 2018 and have his passport confiscated, seems like it's far from over with Chiefs hoping they will have the order reversed by the Court for Arbitration in Sport, which sits in Switzerland.

Kaizer Chiefs may have to rely on a thin squad to campaign in the Absa Premiership next season, should their appeal against an effective 18-month ...
Sport
2 years ago

How Dax's dream move turned into a nightmare

From earning a mere R6,000 to getting R60,000 per month, Andriamirado "Dax" Adrianaminana thought he had secured a dream move to South Africa.
Sport
2 years ago
Next Article