Jomo Sono on new Pirates signing Zungu: 'He reminds me of Ernest Chirwali and Roger Feutmba' 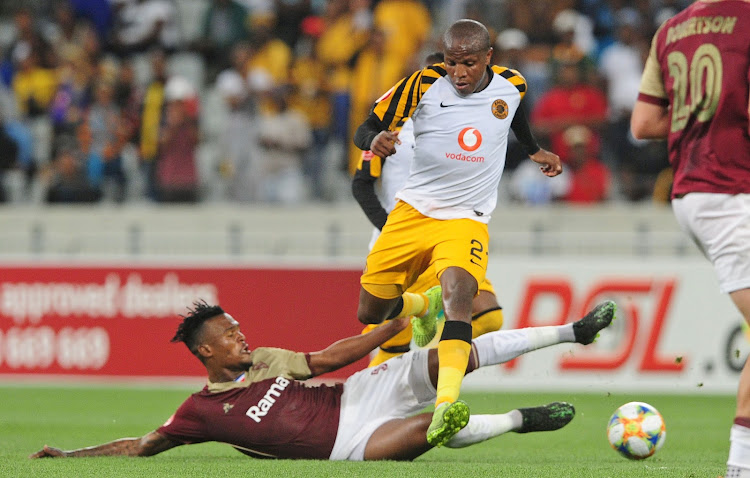 Orlando Pirates’ new signing Nkanyiso Zungu is the best left-footed player and best passer of the ball in South Africa‚ Jomo Sono has professed in a glowing review of his former player.

Zungu (24) played 13 matches for Jomo Cosmos‚ the GladAfrica Championship team owned and coached by Pirates great Sono‚ in the second half of the 2017-18 season‚ after signing for Ezenkosi that campaign from AmaZulu.

The midfielder was sold to Stellenbosch FC‚ and played 30 matches as the Cape side won promotion to the top flight in 2018-19‚ then 16 more in the first half of their first season in the Absa Premiership this campaign.

“I think‚ in my own opinion‚ firstly‚ I didn’t want him to go. He’s one player I love so much‚” Sono said of the midfielder‚ who has arrived at the Buccaneers carrying an injury.

“He’s the best passer of the ball in this country. He can play a pass over 30‚ 40 yards. He reminds me of Ernest Chirwali and Roger Feutmba.

“He’s the best left-footed player in this country. He’s got good physique. He works very hard. He’s skilful as well – he can go past people.

“You know‚ dead ball situations I used to send him to hammer them.

“I think for Pirates‚ for me‚ this is the best signing they’ve had this season.”

With his impressive performances under coach Steve Barker at Stellenbosch‚ Zungu appeared to put behind him some apparent early off-field disciplinary issues that had seemingly affected him at AmaZulu and Cosmos.

Pirates lost their first game in eight in the league and cup under new coach Josef Zinnbauer‚ though on penalties (3-2)‚ in Sunday’s Nedbank Cup last-32 thriller against Bidvest Wits at Orlando Stadium‚ which ended 3-3 after extra time.

lSafa's head of referees Tenda Masikhwa has hailed Victor Gomes as being among the best referees in Africa despite some of his questionable calls.
Sport
2 years ago

After crashing out of the Nedbank Cup at the hands of Bidvest Wits at the weekend, Orlando Pirates are in danger of ending their sixth season without ...
Sport
2 years ago
Next Article