Peter Shalulile getting his mojo back 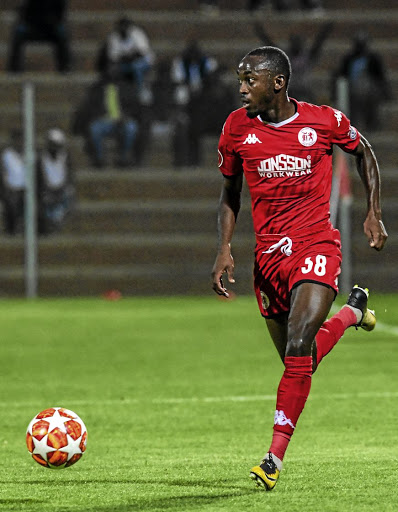 Peter Shalulile's brace against lower-division side Uthongathi in the Nedbank Cup last 32 on Saturday could be a turning point for him, according to Highlands Park coach Owen da Gama.

It's been a while since Shalulile found the back of the net and has been sitting on nine goals for long. The last time he scored a goal was on December 20 in their 2-0 victory over Golden Arrows at home in the Absa Premiership match.

Since then, he went through a dry spell with goals hard to come by, but after netting a brace on Saturday, Da Gama is confident that he will now continue scoring more in the league.

"I'm very happy for Peter, we have been telling him that he will score two or three if he just kept on working hard," Da Gama said.

"The good thing about Peter is, he gets in those positions despite the size and the attention he is getting. We are also hoping that Mothobi Mvala will start getting them too because he takes pressure off him.

"He has also gone through a dry spell, this is our second season [in the PSL] and teams really know what we are all about.

"They put two or three men on Mvala and Peter, hopefully the pressure that they are getting will set it off to other players to start scoring."

Da Gama also added that they are not putting pressure on Shalulile, who is their top goal-scorer with nine goals.

"It's all about the team. If he can contribute in a positive way and we win the game even though he doesn't score, that's fine."

Shalulile had his third goal disallowed for offside on Saturday even though television replays showed that he may have been onside.

"I thought it was a hat-trick for him after looking at the television replays. But the most important thing is that the win was there for players to get the confidence. We are slowly getting there."

Not only must Highlands Park dish out combustible football tomorrow, but they will have to get back to winning ways if they are to retain the ...
Sport
1 year ago
Next Article