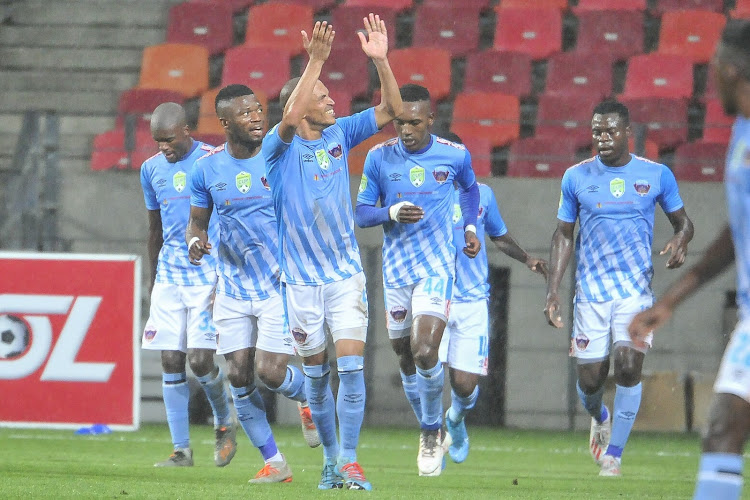 Ruzaigh Gamildien’s scorcher for Chippa United against TS Galaxy in the Nedbank Cup on Wednesday was a timely reminder of his qualities as he seeks to once again rebuild a career in South Africa’s top-flight.

The 30-year-old’s ability has never been in doubt‚ but his commitment to a professional career has been questioned in the past.

He hopes that is all behind him now that he is back where he feels he belongs‚ among the elite sides in South Africa.

Gamildien was a January capture for Chippa from second-tier Steenberg United‚ returning to the club he last played for last season before being shipped off to Cape Town.

He has played for eight teams in the last nine years‚ including Bloemfontein Celtic‚ AmaZulu‚ Ajax Cape Town and Chippa in the top-flight‚ to go with four in the second-tier‚ but he was only at the first two for longer than a season.

"I scored 11 goals [in 15 starts] at Steenberg this season‚ which is a good achievement and the best run of goals I have had in my career‚” he says. “It is boosting my confidence and my performance. Everything is going well.”

He admits his return to Chippa came as something of a surprise‚ but his mandate from the club is clear.

"I have been brought in to help the team score goals. That is my job‚ to help the team go forward and win games. I am just working as hard as possible to do my job and work hard at what I am paid for.”

His goal against Galaxy in his second match back at Chippa was a superb strike‚ and he is hopeful it is the first of many.

"It is good to break my duck so early‚ hopefully I can pick up more games and help the team move forward.

"At the moment it is just my second game‚ but myself and [fellow striker Augustine] Kwem are working every day to get that combination spot on. Hopefully it will produce more goals.”

Chippa are next in action when they travel to Mamelodi Sundowns in the league on February 15.