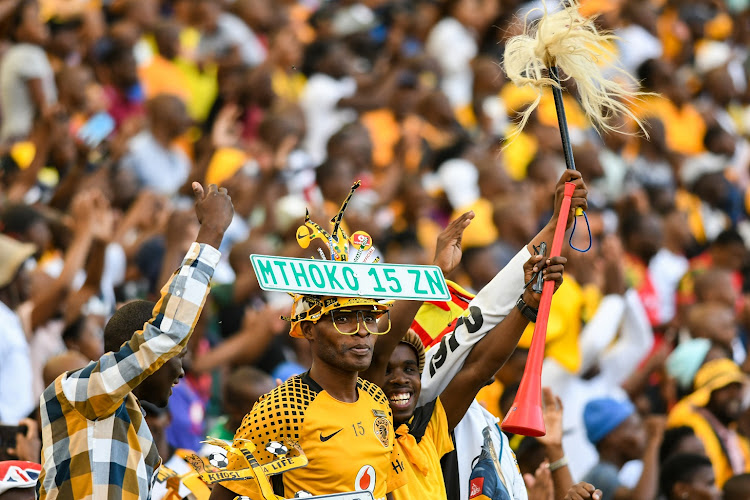 Royal Eagles coach Phuthi Mohafe has admitted that his four strikers have been toothless in front of goals, and that they’ll have to up their game when they visit Kaizer Chiefs at FNB Stadium on Saturday night.

Mohafe has Sakhile Hlongwa, Julius Likontsane, Nkanyiso Madonsela and Zanoxolo Mdluli to rely on for goals as Eagles face Amakhosi in the last-32 of the Nedbank Cup.

But as the Durban team have failed to move from the bottom of the GladAfrica Championship (National First Division), the former assistant coach at Polokwane City was forthright in saying they’ll have to double their effort if they’re to beat a Chiefs team who top the Absa Premiership.

“We’ve got four strikers and of all four of them are missing [chances] man,” said Mohafe of his strikers.

Mohafe’s team have managed to score 23 goals while leaking 39 in 20 matches they’ve played so far in the NFD.

Kaizer Chiefs celebrate their 50th birthday this year and as a tribute, SportsLIVE put together a wonderfully packaged scripted podcast - the first ...
Sport
1 year ago

“I just hope they’ll [his strikers] revive themselves with Kaizer Chiefs,” he said.

“You just tell them where to position themselves, where to take their runs and then maybe they can create those spaces for us to score.”

Mohafe said he has watched enough of Chiefs’ matches this season to worry too much about their threat, adding that if the Soweto giants beat Eagles it won’t be more than 1-0.

“On standard situation [set pieces] they’re very deadly, but you check on the supplier,” he said.

“Will the supplier be playing? If he’s playing then you need to say it’s a big question mark.

“I have been watching Chiefs for some time. It’s not just now that we’re going to play them that I have to watch them.

“You must know that Chiefs, [Orlando] Pirates and [Mamelodi] Sundowns are the most viewed games on DStv.

“So I’ve got that leverage to watch them.  That’s why I’m saying I know them and I know how they’re playing.

Mamelodi Sundowns coach Pitso Mosimane has warned the two teams ahead of him in the Absa Premiership to not get overexcited until they have their ...
Sport
1 year ago

The expression of being caught between a rock and a hard place will be evident for Royal Eagles when they visit Kaizer Chiefs tomorrow.
Sport
1 year ago

While Leopards want to escape the relegation zone.
Sport
1 year ago
Next Article